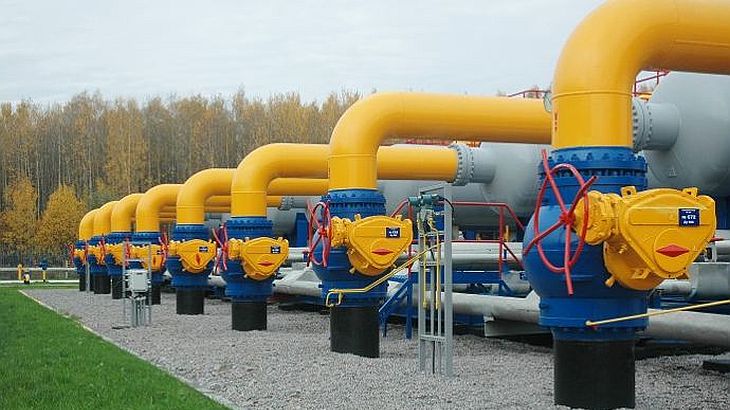 It will take at least three or four years to explore Romanian shale gas, professors in charge with a shale gas study told a press conference in Bucharest on Friday.

Searching to ensure its independence from the 25% of Russian gas it imports, Romania has but a few alternatives, among which importing LNG form Quatar or US, to wish for a quick completion of the Azeri-Turkish-Greek pipe, and shale gas.

With current gas reserves coming form old fields and depleting, the current extraction flow will keep its pace for up to seven more years, analysts say.

And Europe itself looks for alternatives. Countries must get serious about building new pipelines and Romanian analysts say hefty fines must be instated for those who do not respect the schedules and international plans.

”For Romania, another alternative is the gas found by Petrom in the Black Sea, which needs infrastructure and predictable and transpartent rules”, says an expert.

”Another solution is the shale gas- as Putin made any ecologic hypsters argument unsustainable- but this must be done while  government (of Romania) gives something to the people as well, and also needs predicability and transparency”, the analyst says.

”We`ll also need a quick a double pipeline to Bulgaria and to Greece, that`s how we’ll get the gas from Azerbaidjan. All this while 52% of Russian budget income comes from energy exports.”

EU leaders to meet in Brussels this week to find alternatives

EU leaders meeting in Brussels on Thursday and Friday (20-21 March) will look at ways to lower the bloc’s dependence on Russian gas, as they prepare economic sanctions against Moscow over Ukraine, EU Observer reports.

“The European Council is concerned about Europe’s high energy dependency rates, especially on gas, and calls for intensifying efforts to reduce them, especially in the most dependent member states,” according to the draft summit conclusions.

Liquefied natural gas (LNG) imports – including from the US where a shale gas revolution has driven prices down – could be an option, along with improved energy efficiency, better infrastructure, increased gas storage, and a more long-term goal to increase the local production of solar and wind energy.

“The objectives of completing the internal energy market by 2014 and developing interconnections so as to put an end to any isolation of member states from European gas and electricity networks by 2015 remain a priority,” the draft conclusions read.

Part of the EU reaction to the Russian invasion of Ukraine is also the halting of a gas pipeline project – South Stream – that would only have increased the dependence on Russian gas in south-eastern EU countries.

“I’m not accelerating our talks regarding pipelines such as South Stream. They will be delayed,” EU energy commissioner Guenther Oettinger told Die Welt.

Romania needs to speed up production or import

Dependency on Russian gas imports varies greatly among member states – Bulgaria is over 90 percent reliant on Russian exports, while neighbouring Romania – which still has its own oil and gas reserves, as well as hydro and nuclear plants – imports only 25 percent of its gas from Russia.

Of the big countries, Germany imports around 35 percent of its gas from Russia, while the UK and France are almost zero-reliant on Russian gas because they import LNG and, in France’s case, generate most of their energy via nuclear plants.

Poland meanwhile, which imports about 70 percent of its gas from Russia, as well as Hungary, the Czech Republic and Slovakia – the so-called Visegrad Group – have called on the US to lift its legislative hurdles on exporting American shale gas to Europe.

“We discussed about the technical possibilities of importing gas from America, if this could be done in the future. And we concluded that we are on the same side,” Tusk said during a joint press conference with Merkel.

He also repeated the long-standing Polish request for EU countries to consult each other before signing gas deals with Russia, a demand Merkel was less convinced about because “it is private companies, not governments who buy gas.”

On US gas imports, British foreign secretary William Hague also noted that EU leaders are starting to explore it as an alternative to Russian gas. “This is now beginning to be discussed between European politicians, including ourselves, and Americans,” he said in an interview with BBC television last week.

Britain buys only about one percent of its natural gas from Russia and has five LNG terminals.

According to the association of gas infrastructure companies in the EU (GIE), the bloc has reserves for at least a month, were it to be cut off from Russian gas exports that come mostly through pipelines crossing Ukraine.

“Most of the European transmission systems currently can withstand a disruption of Russian gas through Ukraine. The pipeline network is available for diverting gas flows in case of supply problems from Russia from storage and LNG to market,” GIE said in a press release earlier this week.

On 10 March, there were 37 billion cubic metres (bcm) of gas in stock in the EU and 2.5 bcm worth of gas in LNG imports, it said. The average monthly consumption of gas in EU countries is around 40 bcm, EU Observer concluded.

previousIași-Ungheni pipeline will go online in July, says the Moldovan Government
nextPDL lay down in Parliament a simple motion on energy