Acasă » Oil&Gas » Reference prices for natural gas in Europe are rising, after the halt of deliveries via Nord Stream

Reference prices for natural gas in Europe are rising, after the halt of deliveries via Nord Stream 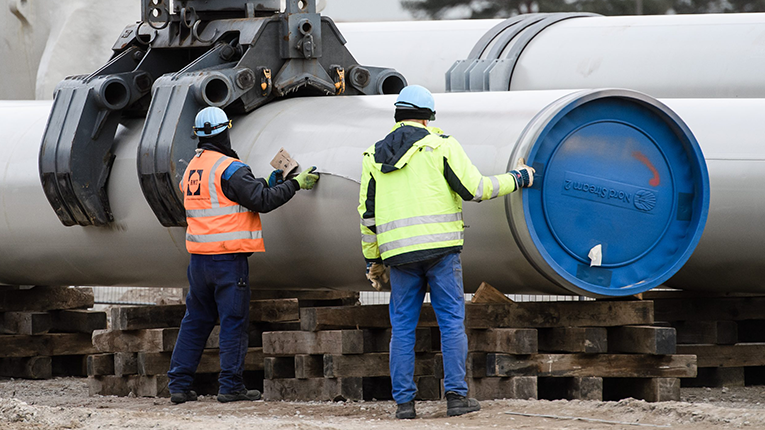 Reference prices for natural gas in Europe rose on Wednesday, after Gazprom stopped gas deliveries to Germany through the Nord Stream 1 gas pipeline between August 31 and September 3, for maintenance work, reports Reuters.

On Thursday morning, at the TTF hub in Amsterdam, where reference prices for natural gas in Europe are set, quotes for next month rose by 12 euros, reaching 263 euros for a Megawatt hour (MWh), and quotes for October by three euros, to 272 euros MWh. In the spring, at the TTF hub in Amsterdam, quotations reached a record level of almost 335 euros for one MWh.

Some analysts expect gas prices to remain high in September after the start of maintenance work at the Karsto gas processing unit in Norway, according to Agerpres.

“With heat waves easing and autumn rains partially returning, energy prices in Europe are no longer at record highs. We believe that the market has overestimated the risks regarding energy supply and the current growth will moderate”, he appreciated Norbert Rucker, analyst at Julius Baer.

In Europe, gas prices are more than ten times higher than the average for this time of year, destabilizing economies, undermining the euro and increasing pressure on politicians to mitigate the impact of high inflation. Supply disruptions intensified this week, increasing competition with Asia for supplies, writes Reuters.

In the past year, the high price has already forced the closure of about half of the zinc and aluminum smelters in Europe, but more are preparing to close.

previousRomania imported in S1 a quantity of electricity of over 3.8 billion kWh
nextGazprom reports a record net profit of around 42 bln. USD in H1