Acasă » Electricity » Radu Mustață: We have spoken to hundreds of investors, the general outlook for investment in the Romanian energy system is positive

Radu Mustață: We have spoken to hundreds of investors, the general outlook for investment in the Romanian energy system is positive 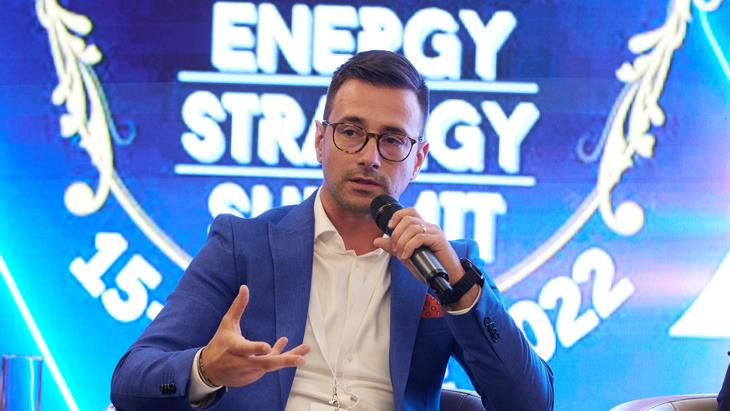 The general outlook of large foreign investors towards investments in Romania’s energy system is positive, even ignoring the fact that Romania borders a conflict zone, said Radu Mustață, Sales Director, Marsh & McLennan Companies, at the Energy Strategy Summit 2022, an event organised by Energynomics.

“Our company opened a new service division early last year. We, globally, are better known for insurance and risk advisory services, but we have entered a new area – mergers and acquisitions (M&A) advisory and have started selling energy projects to the international investment community. Throughout the last year we have been talking to over 100 international investors from all over the world – strategic investors, institutional investors, investment funds, private equity – about projects in Romania. The general outlook of investors towards investments in the Romanian energy system is positive. In general, the international market is looking with open eyes and optimism at the Romanian context – we can almost say that they are ignoring the regional context. It’s a strange thing that an institutional investor almost takes the Ukrainian context out of the equation and talks strictly about the opportunity to invest in Romania – which has become a market where they want to invest a lot,” he said.

He added that an Oliver Wyman report tracking business targets in the Paris Agreement found that in the context of the energy transition, 56% of companies surveyed at European level have managed to exceed their targets. There is also a 20% share of companies that will never meet their plans under the Green Deal proposal, with reluctance to transition not only among large companies.

For the time being, developers prefer the spot market to PPAs, as spot gains are much higher, albeit somewhat opportunistic.

“A large, institutional investor is looking at a PPA with 10-15 year price guarantee parameters, but if we take the market context into perspective, we see a much more opportunistic spot price, which is hardly leading to PPA adoption. In addition, Contract for Difference (CfD) is announced. In 2018-19, we, Marsh Romania, together with our colleagues at Nera Economic Consulting and with the support of partners at CMS Cameron McKenna have designed the CfD scheme. From that point on we estimated an increase in energy prices until 2030 – and we predicted that it would increase exponentially – this means a very good investment context. Energy prices would have risen even in the absence of the conflict in Ukraine. But CfD will always compete with PPA. From the study of my colleagues at Oliver Wyman I took away something that simply shocked me: the gap between the projects and the money supply of the financial market – banks, investment funds, pension funds, asset managers and insurance companies – is 4 trillion dollars – between what they can finance and the projects to finance. The whole European financial market is working on projects, but it has 4 trillion dollars more to spend,” he said.

previousSebastian Staicu: BCR has incorporated sustainability into the strategic dimension – operational and lending levels are next
nextOana Mogoi: PPAs are not concluded as the main contractors – suppliers – are affected by the compensation system