Acasă » Electricity » Oana Mogoi: PPAs are not concluded as the main contractors – suppliers – are affected by the compensation system

Oana Mogoi: PPAs are not concluded as the main contractors – suppliers – are affected by the compensation system 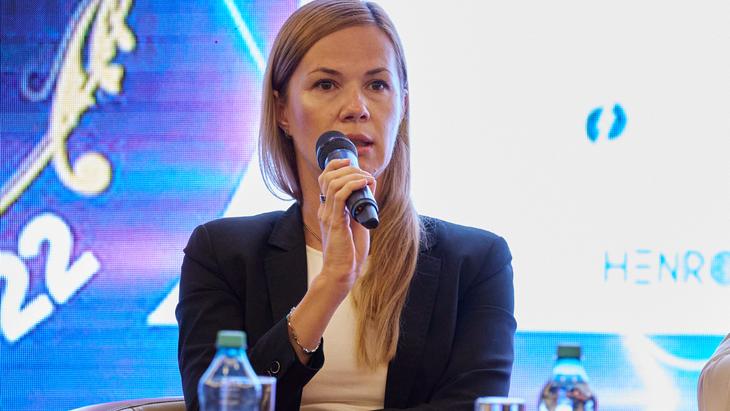 Banks in Romania have had to fund the cap-and-trade scheme on behalf of suppliers, which has increased the level of funding to around 4-5 billion euros, putting pressure on bank exposure limits on the energy sector, said Oana Mogoi, Sector Head Utilities & Natural Resources, ING Bank Romania, at the Energy Strategy Summit 2022, an event organized by Energynomics. Together with transport and distribution, however, the amounts lent are even higher. And in this context, suppliers, who are the main traditional co-signatories of bilateral power purchase agreement (PPAs) projects, are unable to meet high long-term price targets.

“There has been talking about the need for new production capacity. We’re certainly thinking about PPAs, and support schemes. When we say PPAs, we are thinking about 10 years of them having been banned, with major implications for generation projects in Romania. Now they are possible again, but in practice, there is not much use of PPAs because of the market context,” said Oana Mogoi.

Suppliers financed consumers and banks financed suppliers as the state did not pay compensation and capping schemes on time.

“If we divide these amounts by the main banks in the system, we end up with exposures of more than 1 billion euros per bank. But the banks’ exposures are limited – by industries, by companies, by groups of companies, by countries. We want to build new capacity, so we need to come up with money in the same energy sector, so we want to get more exposure. Moreover, we have the transmission and distribution side, where companies suffer because of their own technology consumption costs, but there is also the CAPEX that they have to do, assumed, mandatory. All these funds – and I’m not bringing up into the discussion the oil & gas area – are limited. And at some point, the funding tap will turn off. No bank is going to take billions of exposure on a sector – I’m talking about Romania, especially in terms of the context: we see that there are dysfunctions in the market, we’re talking about a systemic risk or not – nobody is able to say at this point in time. We’re talking about PPAs, and normally the suppliers are the off-takers (energy contractors) in these contracts – but they, today, are strangled in terms of cash flow (working capital), and their main concern is to get through this period. I don’t think they will allocate internal resources towards entering into contracts, especially long-term contracts – there is volatility, unpredictability and certainly, no one wants to commit for the long term,” she warned.

previousRadu Mustață: We have spoken to hundreds of investors, the general outlook for investment in the Romanian energy system is positive
nextCătălin Niță, FPPG: More coordination is needed in the energy industry