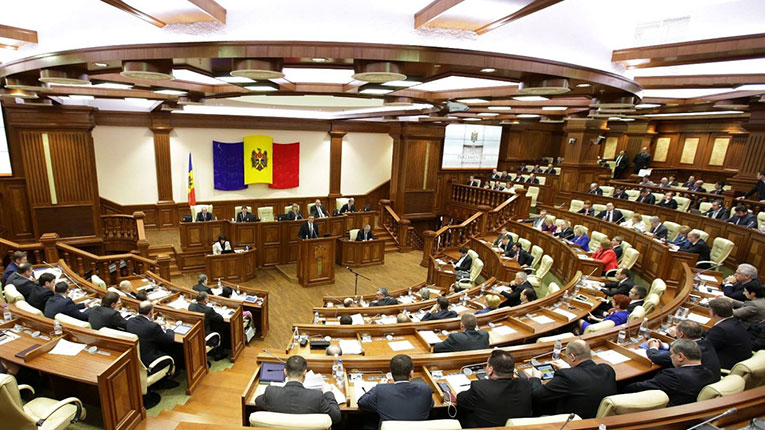 Thus, the Republic of Moldova will be able to rationalize gas consumption, accelerate the process of gas billing to consumers and identify new gas suppliers, in an emergency regime.

About 58 deputies voted to establish the state of emergency. The decision shall enter into force on the date of its adoption.

The proposal came from the Government and is based on the Report of the Commission for Exceptional Situations on the need to declare a state of emergency and takes into account the fact that the lack of natural gas directly and immediately affects the security of the state and citizens.

The Prime Minister of the Republic of Moldova, Natalia Gavriliţa, stated previously that she will ask the Parliament to establish the state of emergency, after Gazprom threatened to stop the gas delivery, by a letter to Moldovagaz, if it will not receive, by January 20, an advance payment worth about 63 million dollars, Radio Chisinau reports.
Moldovagaz, owned by Gazprom, claims that it needs funds urgently, due to the increase in the price of gas billed by its parent-company.

Deputy Prime Minister Andrei Spânu said that the Republic of Moldova has honored its current payments for all months and will pay for the gas consumed also during the first ten days of January.

The Commission for Exceptional Situations met on Wednesday to discuss energy security, Prime Minister Natalia Gavriliță announced. She said that on Thursday she would ask Parliament to establish a state of emergency in the energy sector and that the government would take more measures to overcome the crisis.