Acasă » General Interest » PwC: For car production in Romania, a vulnerability in this period is the dependence on exports

PwC: For car production in Romania, a vulnerability in this period is the dependence on exports 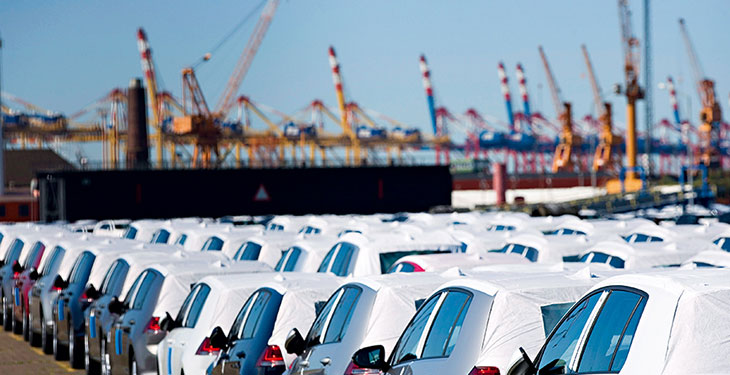 A vulnerability in this period for the Romanian car production is represented by the dependence on exports, which have a very difficult recovery, given that the exports of cars and car components represent 46.6% of the total external deliveries of Romania, claim the representatives of PwC Romania.

“For car production in Romania, a vulnerability in this period is the dependence on exports, which are recovering with difficulty. Exports of cars and car components represent 46.6% of total foreign deliveries in Romania, and in the first six months of the year recorded a drop of over 20%, according to the National Institute of Statistics. Also, car sales in the Romanian market, according to the number of newly registered cars, suffered a decrease of over 34% in the first seven months of 2020, compared to the similar period of last year,” is mentioned in an article written by Daniel Anghel, Partner, Leader of services for the automotive industry, PwC Romania.

At the same time, the measures already taken by the Government, such as supporting technical unemployment during the state of emergency, faster VAT refunds and postponing the payment of taxes, have provided some liquidity to manufacturing companies during this period, according to Agerpres.

In addition, the authorities could take a set of measures to improve the age of the Romanian fleet, in order to support less polluting vehicles. In this context, the continuation of the “Rabla” program, with an emphasis on the purchase of electric and hybrid cars, and the development of electric charging infrastructure would be a plus, say PwC specialists.

According to the consultants, for many companies in the automotive industry globally, the COVID-19 crisis highlighted issues that already needed attention and whose resolution could no longer be delayed, such as optimizing the product range and investment portfolio. Also, long-term review of supply chains is essential to be prepared for any scenario, given that one of the main concerns and vulnerabilities remains the possibility of a second or third wave of pandemics.

previousThe car market decreases by 34%, the green segment up in the first seven months (APIA)
nextCîţu: Romania will avoid the technical recession and will have a contraction of the economy less than the estimates of the rating agencies