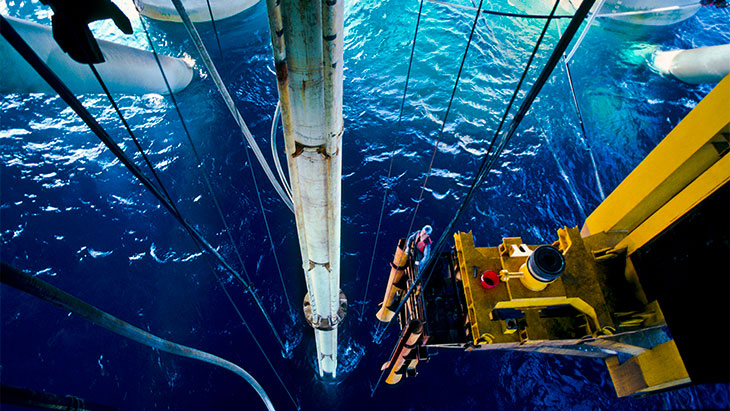 The subject of natural gas reserves in the Black Sea has been intensely debated in public space over time. The highlight was 2012 when OMV Petrom and ExxonMobil announced that they had discovered significant quantities of natural gas in the Neptun Deep perimeter, which they had leased together. The estimated current reserves in the Black Sea are of about 200 billion cubic meters (about 20 times more than the recent annual onshore production – 10 billion cubic meters), says Andreea Mitiriță, Partner and Leader of the energy industry, PwC Romania.

At the time, it seemed that “time is running out” with this project, but almost 10 years have passed and investment decisions for deep water operations continue to be postponed.

In the current context, however, patience has run out. The objectives of the European Green Pact (Green Deal) put pressure on the long-term use of natural gas. Romania’s potential competitive advantage generated by the use of these reserves will be lost if they are not exploited soon.

With the announcement of the discovery of offshore reserves, in 2012, the business environment prepared and presented in discussions with the authorities a series of studies and analyzes. These showed the importance of the exploitation of Black Sea gas for the Romanian economy and the multiplier effect of investments.

In preparation for the exploitation of offshore natural gas resources, the legislative framework was developed through which the conditions for their extraction and sale were established. Thus, in 2018, Law 256/2018 – “Offshore Law” was adopted. In the same year, Emergency Ordinance 114/2018 was adopted, which brought a series of important changes for the energy sector. Shortly after analyzing the impact of the new legislative regulations, the two large companies, OMV Petrom and Exxon, announced the postponement of the investment decision, and Exxon subsequently renounced its participation in the Neptun Deep perimeter. The arguments put forward by the companies in support of their decision are: (1) the lack of stability and predictability of the legislative framework, (2) the uncompetitive tax regime and (3) the slow pace of liberalization of the natural gas market which intensified the risks associated with offshore projects. On the other hand, the decision-makers promised to amend the Offshore Law so as to reflect a competitive tax regime, to create a predictable legislative framework and a clear timetable for liberalization.

Moreover, each Government Program, since 2012, has invoked the importance of Black Sea gas exploitation within the priorities of the energy sector.

In September 2019, the Ministry of Energy published a bill amending the Offshore Law generating a brief moment of optimism for companies, as the draft provided the basis for discussions applied to observations and arguments. Subsequently, the government was dismissed by a motion of censure, and the project was withdrawn by the Ministry of Energy.

The year 2020 was crossed by the pandemic crisis, it was marked by the liberalization of the natural gas market and implicitly about ensuring the security of energy supply in difficult times. The business environment immediately adapted to the context, and the promise was that in 2021 it will be possible to initiate offshore investments and projects in the energy sector in Romania.

During this time, the Green Deal objectives were not postponed by the pandemic, on the contrary, the target of reducing greenhouse gas emissions was increased to 55% compared to 1990 compared to 40% of the initial option. Which generated a relatively ambiguous approach to supporting natural gas as a transition fuel.

In order to have a clearer picture of taxation in this area, we have prepared an analysis comparing the specific level of taxation of offshore natural gas production in European countries considered relevant through the effective tax rate. The results show that in recent years, Romania had the highest effective tax rate of the offshore natural gas sector (23% in 2020), approximately 4.3 times higher than the average of the analyzed states, estimated at 5.3% (average without RO). The high level of effective taxation is uncompetitive from an investment perspective, all the more so in the context of the energy transition. Therefore, the expectation of companies is that the tax regime will be changed.

Why is it so important to support investments in the exploitation of natural gas in the Black Sea as soon as possible?

The opportunity to explore and develop natural gas reserves in the Black Sea must be exploited as soon as possible, in the short/medium term. Otherwise, Romania’s development potential from the perspective of owning this resource, which can become a competitive advantage, will decrease as the energy transition evolves.

previousTurcan: Vulnerable consumer law, urgently sent for promulgation to the president
nextRomania submitted to the EIB the first projects from the Modernization Fund; CE Oltenia and Transelectrica are the beneficiaries