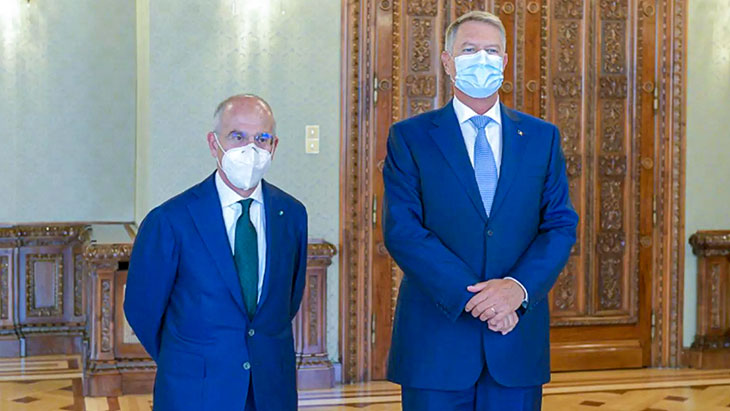 President Klaus Iohannis welcomed on Tuesday, at the Cotroceni Presidential Palace a delegation from Enel Group, headed by Francesco Starace, CEO, context in which the head of state conveyed the need for a joint effort of energy companies and authorities to identify the most appropriate measures and tools to protect vulnerable consumers, but also companies in the productive sector, strongly affected by the current rise in prices in the field.

“During the meeting, the main challenges currently facing the energy market at European level were discussed, as well as the specific aspects of the domestic market, whose recent developments have created major concerns for domestic and industrial consumers. In this sense, President Klaus Iohannis conveyed to the leadership of the Enel Group that a joint effort is needed between energy companies and state authorities to identify the most appropriate measures and tools to protect vulnerable consumers, as well as companies in the productive sector, which are severely affected by the current rise in energy prices,” the Presidential Administration said in a press release quoted by Agerpres.

According to the cited source, the general manager of Enel Group mentioned the the company’s firm interest to continue to represent a long-term partner of the Romanian state, aiming to “significantly” contribute to ensuring a fair and successful energy transition.

The Presidential Administration specifies that the Enel Group delegation presented the company’s activity and “ambitious” investment plans, aimed at developing new electricity generation capacities from renewable resources, as well as goals regarding the sustainability of distribution networks, in the context of priorities focusing on digitalisation and electromobility.

President Iohannis stressed the need for a consistent increase in investments and the development of new production units in the energy sector, which would contribute to strengthening Romania’s energy security, but also regionally. In this regard, the head of state mentioned that new directions of development can be explored and exploited, with long-term solutions, such as electromobility or the use of hydrogen as an energy source. Iohannis encouraged the continuation of the dialogue between Enel and the state authorities, emphasizing the importance of capitalizing on the “special” advantages that our country has in the energy sector.

According to the Presidential Administration, the global expertise of the Enel group in the field of green energy will be able to facilitate the meeting of the targets assumed at European level within the new policies specific to the Green Deal. Thus, the European funds and the National Recovery and Resilience Plan are financing opportunities that will support the achievement of the energy security objectives at national level, the cited source indicates.