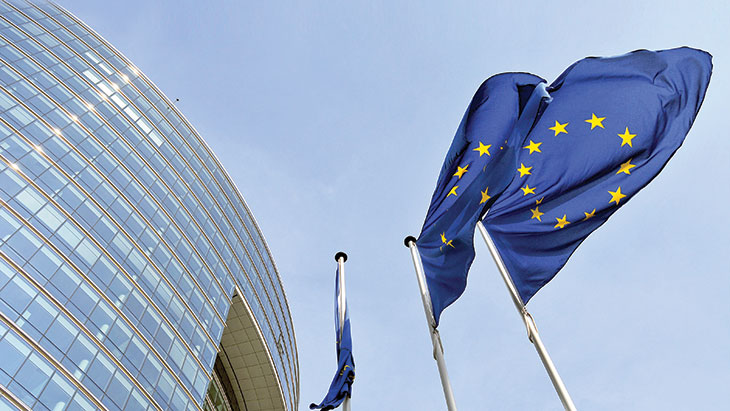 European Commission Vice President Frans Timmermans said on Tuesday that record electricity prices currently in EU countries show that the EU bloc must give up fossil fuels and speed up the transition to green energy, according to Reuters.

“If we had a Green Deal five years earlier, we would not have been in this position, because we would have been less dependent on fossil fuels or natural gas,” Frans Timmermans told the European Parliament in Strasbourg, according to Agerpres.

Even though fossil fuel prices have risen sharply, Timmermans said, costs for renewable energy production have remained low and stable. This should encourage the EU to speed up its energy transition, to ensure that more citizens have access to cheap renewable energy.

Prices for pollution certificates, which also have an impact on the cost of electricity, have reached record levels this year, but Timmermans said they were not the main culprit for the energy price explosion. “Only about a fifth of the price increase can be attributed to rising CO2 prices,” the European Commission vice-president said.

The Italian executive intends to use public funds to reduce the impact of rising utility prices, sources told Bloomberg.

Prime Minister Mario Draghi’s administration has already spent about 1.2 billion euros ($ 1.40 billion) in the second quarter of 2021 to offset rising energy prices and will continue to use the same mechanism, sources said. The intervention reduced the increase in electricity prices to 9%, compared to an advance of 20% before the state intervention.

Italian Ecological Transition Minister Roberto Cingolani said on Monday that retail electricity prices in Italy would rise by 40% in the next quarter, influenced by higher international gas prices and rising emission allowances.

To finance the intervention, Italy intends to use the revenues from the EU Emissions Trading Scheme (ETS), which are managed by the Ministry of Finance, the sources added.

By limiting the profits that hydropower and other renewable energy producers can make as a result of rising electricity prices, the Madrid government expects to redirect about 2.6 billion euros from companies to consumers in the next six months .

Minister of Energy, Teresa Ribera, announced in a press conference that the measure will remain in force until the end of March 2022, when the price of natural gas is expected to stabilize with the decrease of consumption after the peak reached during the winter.

In parallel, Spain will auction an additional 900 million euros in pollution certificates this year, and the proceeds will be used to reduce consumer bills.

Ribera said the measures included in the “shock plan” will reduce, on average, the monthly consumer bill by 22% by the end of the year.

To protect vulnerable consumers, Ribera announced that the ban on cutting off consumers from non-payment of bills will be extended to 10 months, from four months to the current limit.

Given that high demand for natural gas was responsible for most of the recent rise in electricity prices in Europe, Spain decided to cap the regulated price increase in the third quarter at 4.4% compared to forecasts to an increase of 28%.

Prime Minister Pedro Sanchez announced on Monday that a special tax on electricity will be reduced from 5.1% to 0.5% by the end of this year, and the reduced VAT rate and the elimination of a 7% generation tax will be extended until January of the following year. The measures will have the effect of reducing government revenues in 2021 by about 1.4 billion euros, Sanchez said.

In Athens, the Greek government decided to grant subsidies to most households by the end of the year, with the idea of making energy costs more affordable, amid rising gas prices, a government official said on Tuesday, according to Reuters.

The scheme is part of a package of support measures announced on Saturday by Prime Minister Kyriakos Mitsotakis to help Greek citizens cope with rising consumer prices.

The government-funded support mechanism, with an estimated cost of 150 million euros, will include a subsidy of 9 euros for the first 300 kilowatt hours consumed each month by Greek households, Kostas Skrekas said, adding that the scheme will cover about 70% of households.

Faced with a significant and unpopular rise in energy prices, the Polish government wants to specify in electricity bills the additional costs that affect households due to EU climate change policies, Bloomberg reports.

The coal-dependent state in the EU bloc will have to raise regulated energy prices for consumers, after the cost of emitting carbon dioxide (CO2) has almost doubled this year. Utility companies could call on regulators to raise prices by 40 percent in 2022, according to Radio Zet, a decision that will drive up inflation, which is already at its highest level in two decades.

Prime Minister Mateusz Morawiecki has assured that energy prices will not rise as much, but they are under pressure as Poland has to make massive investments to meet the EU’s climate goals. The costs will amount to $415 billion, or about two-thirds of GDP, for the country to reach climate neutrality by 2050, according to government estimates.

Coal has a share of over 70% in Poland’s electricity production. In addition, it is the only EU member state that has refused to commit to climate neutrality by 2050, saying it needs more time to make the transition to zero emissions.

Support for the vulnerable consumer in Romania and compensation of bills

In Romania, the Chamber of Deputies adopted, on September 7, 2021, as a decision-making body, the draft Law on the Vulnerable Consumer, establishing that it will be applied starting with November 1, 2021.

The object of the project is to establish the criteria for inclusion in the category of vulnerable energy consumers, social protection measures for them and access to energy resources to meet the essential needs of the household.

Social protection measures can be financial and non-financial, being financed from the state budget, local budgets or European funds.

According to the adopted law, the heating allowance is granted according to the average monthly net income per family member or single person, as the case may be, and the related amount for the percentage compensation is supported from the state budget.

On the other hand, Prime Minister Florin Cîţu announced on Wednesday that during the Government meeting an ordinance aimed at compensating energy and gas prices was discussed in the first reading and mentioned that the issue of capping the gas price was also addressed.

In his turn, the Minister of Energy, Virgil Popescu declared that the Romanian state could compensate the electricity bills for approximately 13 million Romanians who have a monthly consumption between 30 kWh and 200 kWh. The minister said that the difference between the lowest market price, 64 bani per kWh with all taxes included, and the average, 82 bani per kWh will be compensated.

In Germany, the price of electricity, a reference price for Europe, exceeded for the first time on Monday the threshold of 100 euro/MWh, stimulated by the increase of costs for energy raw materials, Bloomberg reports.

Electricity prices for next year have almost doubled in 2021, with the resumption of global energy demand, and problems with gas supply have brought prices for this fuel to a record high. In parallel, coal reserves in European ports are at their lowest level since 2016, at this time of year, which has helped escalate prices to the highest level in the last decade.

Given that Germany relies on fossil fuels for more than a third of its electricity production, rising costs on Europe’s largest electricity market will lead to increased bills for millions of consumers.

On Monday, daily reference prices calculated by the European Energy Exchange AG, a regional benchmark, rose 4% to 100.10 euros / MWh. At the same time, gas prices have almost tripled this year, and coal futures prices have risen 89% on the ICE Endex stock exchange.

In the first half of this year, coal replaced wind energy in terms of the most important source of energy for electricity production in Germany, reports DPA.

According to calculations published on Monday by the Federal Statistical Office (Destatis), in the first six months of this year, 56% of the 258.9 billion KWh of electricity generated in Germany came from conventional sources, such as coal, natural gas or nuclear. It is 20.9% more than in the first half of 2020.

In contrast, the share of renewable energies, such as energy produced by wind and photovoltaic plants and biogas, fell by 11.7% in the first six months of this year to 44% compared to the same period in 2020. Spring wind drop was the main reason for the decline, Destatis reported. The share of wind energy decreased by 21%, and the difference was offset by the electricity generated by thermal power plants.

After coal and wind energy, natural gas was the third most important source of energy for electricity production in Germany in the first half of 2021, with a share of 14.4%, ahead of nuclear energy, with a share of 12.4 %.

Gas futures prices in the UK rose 12% on Wednesday to a record of 184.60 pence per thermal unit (the equivalent of burning 2.83 cubic meters of natural gas). The lack of wind in the UK stimulates demand for natural gas and pushes up electricity prices. The day ahead prices reached a record level of 422.46 pounds for a Megawatt-hour during the auctions organized on the Epex Spot SE platform.

In parallel, two UK energy suppliers with more than half a million customers went bankrupt after rising energy prices. The UK regulator (Ofgem) announced on Tuesday that Utility Point, a company that supplies natural gas and electricity to about 220,000 customers, and People’s Energy, with about 350,000 customers, have ceased operations. The regulator will now choose a new supplier for these customers. Two other companies, Pfp Energy and Moneyplus Energy, which together had 94,000 customers, went bankrupt last week.

These firms are the latest in a series of suppliers to go bankrupt this year as electricity and gas prices hit new highs almost every day. Suppliers who have not protected themselves against volatile price developments may find themselves having to buy energy at much higher prices than those selling energy to customers.