Over 50% savings on street lighting with Signify 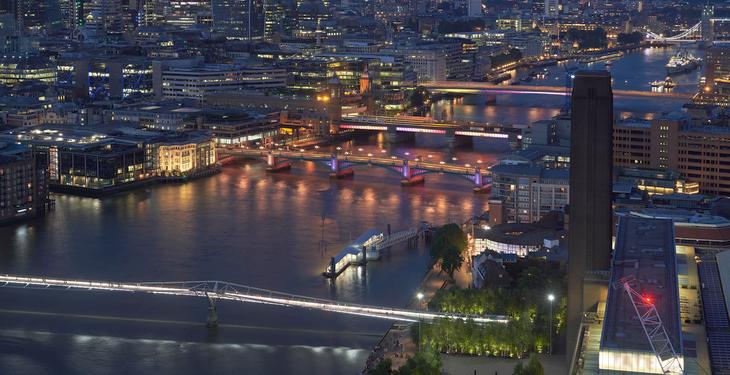 Signify (Philips Lighting) is the world number one in the conventional lighting segment, but also in the field of LED technology, and it can generate economies of over 50% through smart lighting in Romanian cities, says Răzvan Copoiu, General Manager Romania & South Eastern Europe District, Signify.

The company’s turnover reached 6.2 billion euros in 2019, and after a new acquisition, it will reach about 8 billion euros.

”Philips Lighting has been present on the market for 125 years and has become number one in the production of incandescent light bulbs, and then LEDs. Since 2012, several innovations have started to appear in the smart area: Philips Hue has appeared, a controlled and intelligent system, oriented in principle towards the residential segment. Light control can now be applied from the perspective of intensity and color, with the help of Alexa, with voice commands, in apartments. We are leaders in this area, too! In 2016, a separation of the lighting segment was made, and in 2018 the company Signify appeared, specially dedicated to lighting, delimited from the area of medical equipment, electronic equipment and TV. In 2018, a key moment was the launch of two interesting platforms: Interact – a cloud-based platform for lighting connected to any other system and Trulifi – a new system, a way to provide internet through light. We are talking about a system similar to WIFI, but much more secure, which cannot be attacked cybernetically, because the internet can be accessed where the light is shining, and not elsewhere “, said Răzvan Copoiu during the ONLINE conference “Smart choices for smart cities”, organized by Energynomics and BusinessMark. “For example, in the plane, or in the VIP areas, you can delimit certain WIFI areas, with a very high internet speed.”

While Hue and Wiz are Signify solutions for interior lighting, Color Kinetics can be used for exterior lighting of buildings. “We would like to be able to illuminate as many monuments in Romania as possible and we will be available to public authorities to achieve this,” said Răzvan Copoiu.

“We are ready to support public authorities”

Copoiu also said that with the increase of the population, the public lighting area has also developed, but the intensity and color of the light are problems that still need to be solved. “We are ready to help public authorities to design standard and regulations for the intensity and color of public lighting. I would like Romania to start thinking globally about what proper lighting means, and not just when about categories of office buildings. We have the specialists and the architects who can carry out these lighting studies, contributing, in the end, to increasing the quality of life”, added Copoiu.

In the area of resources and energy efficiency, the company has distinguished itself through multiple projects, from the transition from conventional lighting to LED bulbs, and then to smart, complex systems. “Smart solutions can reduce energy consumption by more than 50%, and digitalization can no longer be ignored,” he added.

Signify is also a leader in sports venues lighting, retail and office spaces, but it has also segments dedicated to agriculture – with the help of light the plants can grow faster. “There are projects that can be developed not only in the greenhouses, but also in poultry or in the fishing field”, added Copoiu.

At the same time, the Interact platform controls all office or public lighting areas, in retail or industry. All systems can be interconnected via IoT: “The platform can optimize energy consumption, consumption estimations, maintenance – all these are elements that lead to significant savings.”

previousBSOG and GSP launch MGD project, US ambassador criticizes harshly Russia’s position in the region
nextNuclearelectrica was included in the Emerging Markets indices of FTSE Russell