Oltenia Energy Complex could invest 2.5 billion lei for a 50% increase in coal production 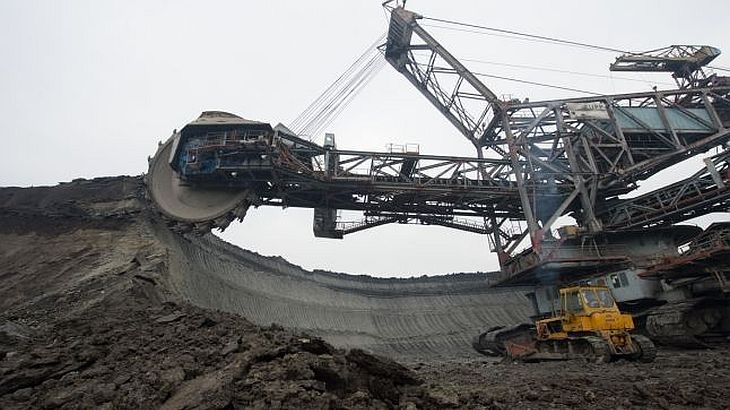 Oltenia Energy Complex might invest 2.5 billion lei (about 550 million euros) over the next 15 years for the commissioning of two new lignite pits in Gorj county, which will increase the company’s coal production by 50%, writes Mediafax news agency. Now, the complex produces over 34 million tons of lignite in 15 surface pits and three underground mining perimeter.

Two Government Decision proposals prepared by the Department of Energy are about the approval of technical and economic indicators, the location approval forthe two site and to open the expropriation procedures to open Jilț Sud and Roșia pits. The investment in Jilţ Sud will be 1.9 billion lei, will last 15 years and will provide 1,036 jobs. From the 444 hectares pit will be extracted an additional 8.5 million tons of lignite per year. The execution design of this pit had been approved since 1986.

Roșia pit will have an area of over 154 hectares, and thanks to it, the energy complex coal production will increase by another 8 million tons per year. The works are expected to last six years, will provid 1,420 jobs and the investment is valued at more than 600 million lei.

Oltenia Energy Complex was established in 2012 by the merger of the National Society of Lignite Oltenia with the energy complexes Turceni, Rovinari and Craiova. The complex has 13 energy groups, encompassing an installed capacity of 3,900 MW. The Department of Energy holds the 77% stake in Oltenia Energy Complex, and Fondul Proprietatea has a stake of 21.5%.