Acasă » Electricity » Nuclear » Nuclearelectrica will buy the uranium concentrate, and process it at CNU (Feldioara) and FCN Pitesti

Nuclearelectrica will buy the uranium concentrate, and process it at CNU (Feldioara) and FCN Pitesti 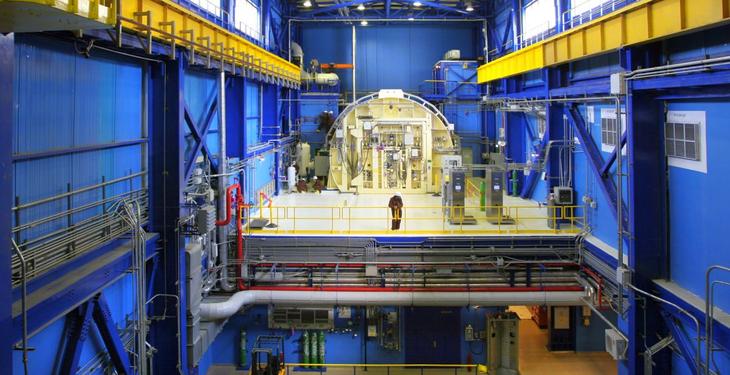 The Ministry of Energy, as a major shareholder, is called on April 25 to approve the strategy to diversify sources of raw material supplies needed to produce nuclear fuel.

The document was conducted by the Institute for Studies and Power Engineering (ISPE) at the request of Nuclearelectrica (SNN) and recommends that SNN buy uranium octoxide from the market to process it at the Feldioara plant, which will remain a branch of the CNU. The resulting uranium dioxide will be used by FCN Piteşti (part of SNN) to manufacture the nuclear fuel needed for Cernavoda units 1 and 2 in operation and, if appropriate, for Units 3 and 4 planned to be built in Cernavoda.

The strategy was necessary as the current situation is at odds with the recommendations of the Euratom Supply Agency; more specifically, SNN has only two qualified uranium dioxide suppliers: Cameco Inc. Ltd. (Canada) and National Uranium Company – CNU. As CNU “is under the conditions of receiving an emergency restructuring aid from the Romanian state, as well as submitting a restructuring plan under the European Commission’s analysis”, Nuclearelectrica must take measures to ensure “stability, predictability and continuity of production, which implies control and risk management over the entire fuel chain”, according to international nuclear industry practices.

Another important objective for the Ministry of Energy is to maintain the integrated cycle in the nuclear sector, which until recently included: 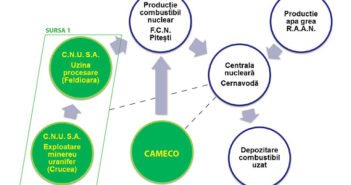 This national integrated cycle is in danger as RAAN is bankrupt since 2016 and unable to preserve the heavy water supply. In 2017, the Government set up the Heavy Water Management Center, a new entity to take over these activities.

In turn, the CNU provided, till the end of 2015, the raw material needed to produce electricity in Cernavoda. The company has been rescued from bankruptcy by a government emergency aid and waits for the approval by the European Commission of a restructuring program estimated at over 940 million lei. 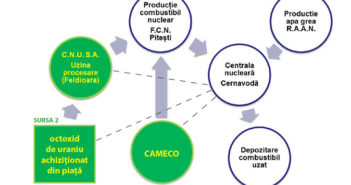 This would include the rescue aid, a subsidy for production costs and for investment, but also the conversion into shares owned by the Romanian state of budgetary receivables and the exemption from the payment of budgetary debts. Moreover, given that the uranium mine at Crucea (Suceava County) is almost exhausted, the CNU should open a new exploitation, in Neamţ county, through a high value investment.

If the proposed strategy is to be approved, Nuclearelectrica will acquire uranium ore (uranium octoxide) from the market and process it at Feldioara (CNU) to obtain uranium dioxide that it will convert into nuclear fuel at FCN Pitesti. Legislative changes will be required for this, according to the Nuclearelectrica document (page 5).

Until then, SNN will initiate a procurement procedure for around 720 tons of uranium dioxide (UO2) needed for a period of 36 months by concluding a framework contract with the two qualified suppliers. “In this UO2 purchase contract, clear delivery conditions will be specified, as well as the fact that these deliveries will be made exclusively on the basis of the SNN request”, writes the document quoted.

previousThe Energy Ministry wants to change the board of directors of Electrica SA six months after its appointment
nextUK: Energy firm banned from taking on new customers