Nuclearelectrica gets partners ready for the modernization of Unit 1 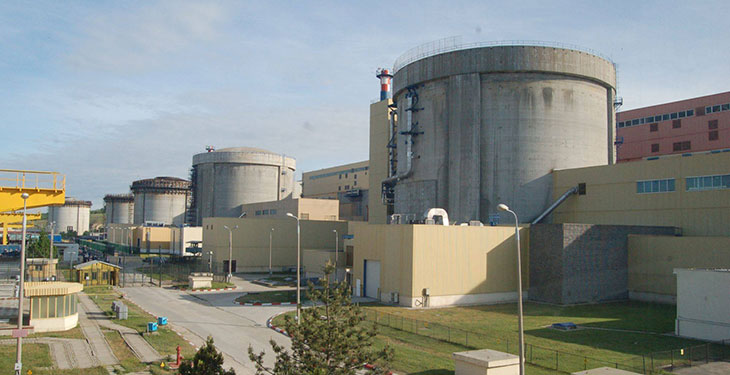 “Within phase II of the Unit 1 Refurbishment Project, Nuclearelectrica and ROMATOM, together with Candu Energy Inc., a member of the SNC-Lavalin Group, ANSALDO Nucleare and GE (General Electric) Steam Power, organized, between 20-21 September 2022, the Cernavoda Unit 1-Refurbishment Suppliers’ Day event, with the aim of bringing together an important part of the top national industry, consisting of companies specialized in the production of equipment and the provision of services dedicated to the refurbishment of nuclear power plants. The event highlighted the possibility of creating partnerships and the development of future collaborations for the successful completion of the Unit 1 Refurbishment Project – Cernavodă Nuclear Power Plant,” says the company.

“The refurbishment of Unit 1 of CNE Cernavodă is one of the main investment projects implemented by Nuclearelectrica. Romania needs new nuclear capacities for the production of clean, stable and affordable energy, as a solution to ensure energy security and consumer protection. We have a long-term mission to produce clean energy at standards of excellence, and the refurbishment of Unit 1 will ensure Romania another 30 years of clean energy, baseload. CNE Cernavodă has over 25 years of experience in nuclear exploitation at the highest safety standards. We are committed to building strong and reliable partnerships for the refurbishment of Unit 1 of CNE Cernavodă and to involve the Romanian industry in a complex project, similar to the construction of new nuclear units,” said Cosmin Ghiță, general director of SNN.

“The recent inclusion of nuclear energy in the Taxonomy for Sustainable Financing is a positive signal for the further development of national nuclear projects and a clear recognition of the role of this technology in the framework of European efforts to decarbonise and reduce dependence on energy imports. Events such as Suppliers Day represents an opportunity to strengthen the capacities of local industry, to identify new partnerships and to capitalize on skills, for the benefit of national nuclear projects,” added Teodor Chirica, emeritus president, ROMATOM.

“Countries around the world are faced with the need to make the transition to generating electricity from sources that are Net Zero, while trying to ensure continuity of energy supply,” said Bill Fox, Executive Vice President , Nuclear, Canada, SNC-Lavalin.

“The CANDU reactor of Unit 1 CNE Cernavodă provided Romania with energy security from domestically produced energy and contributed to the reduction of greenhouse gas emissions by more than 5 million tons per year. The refurbishment of Unit 1 CNE Cernavodă will ensure that this unit it will serve future generations as reliably as it has served past generations. As the administrator and original equipment manufacturer of CANDU technology, SNC-Lavalin looks forward to working with Romanian suppliers as we carry out the engineering and procurement work for – project, as part of Unit 1 Refurbishment,” he added.

“Ansaldo Nucleare is very proud to have co-organized this important event together with Nuclearelectrica, Romatom and its historical partners in the CNE Cernavoda project. We are confident that there will be the same close and very good collaboration with the Romanian industry, which was the key to the successes achieved for the construction and connection of Units 1 and 2 to the national grid. We look forward to working together on this complex retrofit project and to meeting the new challenge that will enable Cernavoda CNE Unit 1 to continue producing clean and safe energy for another 30 years,” said Claudio Nucci, CEO of Ansaldo Nucleare.

“The Cernavoda nuclear power plant plays a key role in providing 1,400 MW of CO2-free energy to Romania, approximately 20% of the country’s total electricity. GE Steam Power’s local team of experts, together with our global experts, support the nuclear power plant from Cernavoda for over 25 years, including performing all steam turbine and generator maintenance services since 2004. As a long-term partner of the energy industry in Romania, GE Steam Power looks forward to working with SNN , ROMATOM and with the original equipment manufacturers from Cernavoda for the refurbishment of Unit 1. Suppliers’ Day was an excellent opportunity for the refurbishment partners to meet and lay the foundations for a successful collaboration within this complex project”, said Paul Wise, General Manager, GE Steam Power, EMENAT.

Based on the ROMATOM study on the capacity of the Romanian nuclear industry to participate in the development of the Romanian nuclear program, it is estimated that the potential for participation with the goods and services identified in this study can be valued at approximately 1-1.6 billion euros, which would represent between 25% and 40% of the total value of the Engineering, Procurement, Construction and Commissioning Contract, thus representing a significant contribution with a major impact on the national economy and its reindustrialization. Also, it is estimated that the local industry can provide a maximum of 19,000 jobs engaged in the development of the Romanian nuclear program (11,000 existing jobs plus 8,000 jobs that can be created if orders are received).

CANDU reactors have an initial life cycle of 30 years, which can be extended by a further 30 years following a retrofit process, which Nuclearelectrica is currently doing for Unit 1, which was initially commissioned in 1996.

previousPwC: Spectacular growth of the global market for e-charging points in 2035
nextMinistry of Energy – PNRR projects for the production of electric batteries and solar panels