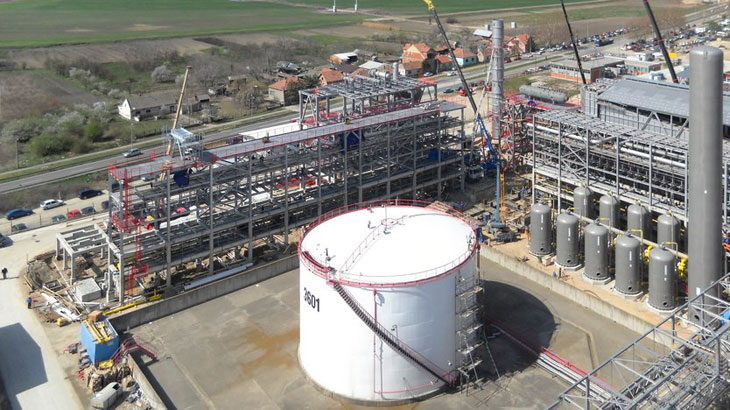 Department of Energy analyzes the participation of NIS Gazprom Neft – a Serbian company owned by the Russian group Gazprom – in the construction of an oil pipeline between the cities of Pitești and Pancevo (Serbia) to interconnect networks for the transport of oil between Romania and Serbia.

“After Croatia withdrawed from the PEOP project, Romania and Serbia sustained the need to develop the project into a new concept, on the Constanța – Pancevo section, this being, in fact, the interconnection of national oil transport systems of the two countries”, said Corneliu Condrea, Director of Oil and Gas division in the Department of Energy.

In September 2013, the Romanian national transmission system operator for oil products Conpet Ploiesti moved to the first tier of the Bucharest Stock Exchange in order to ease obtaining financing for its investments in pipeline Pitesti-Pancevo, among others.

The oil pipeline project between Pitesti and Pancevo is a shortened version of the former PEOP (Pan European Oil Pipeline), which aimed to transport oil from the port of Constanta to Trieste (Italy). In 2007, the European Commission even proposed an extention of this pipeline to Marseille (France). PEOP would have had a length of 1400 km, to transport oil from the Caspian Basin to the Italian port Trieste, via Constanta. At that time, the commissioning of the pipeline was planned for 2012 , with an investment cost estimated at 2-3.5 billion.

The pipeline was designed to reduce EU dependence to oil supplies from the Russian Federation and the countries in the Middle East. In 2010, Gazprom was named as a possible partner in the project.

Croatia, Romania, Serbia, Slovenia and Italy signed in 2007 an agreement for the construction of PEOP. Just two years after signing the agreement, Italy, Croatia and Slovenia had given up the project so that the only countries still interested in this investment remained Romania and Serbia. They reassessed the project and established a new route Constanta – Pancevo, which have been later also reduced, respectively Pitesti-Pancevo.

An effective oil supply route to NIS refinery in Pancevo

According to Condrea, one of the considerations in favor of continuing this project is the interest expressed by the Serbian company NIS, controlled by Gazrom, in developing an effective supply route for crude oil to its refinery in Pancevo. The unit in Pancevo has an annual capacity for oil refining of nearly 4.8 million tons, close to the level of 5 million tons of the Petromidia refinery (Constanța), owned by the Kazakh state group KazMunayGas.

“In addition to the project of building a pipeline to transport crude oil on the route Constanta – Pitesti – Pancevo, there are discussion now ways to ensure supplies and storage of fuels produced at the refinery in Pancevo. In addition to developing a project of regional significance,this will expand NIS Gazprom Neft company’s investments in Romania”, added Condrea.

NIS Petrol, also controlled by Gazprom, began to build filling stations in Romania and for 2015 aims to have 120 stations and a 10% share of the fuel retail market.

“Gazprom Neft NIS officials communicated in February that the Russian will take a decision on the project involving the development of oil transportation by pipeline route Constanta – Pancevo after the feasibility study will be finished,” Condrea also said.

previousBiomass, an alternative for balancing the energy system
nextMinistry of Economy proposes up to 60% green certificates exemptions for industry