Acasă » Uncategorized » Neagu, BNR: 60 bln. euro worth of green projects to be implemented during next years

Neagu, BNR: 60 bln. euro worth of green projects to be implemented during next years 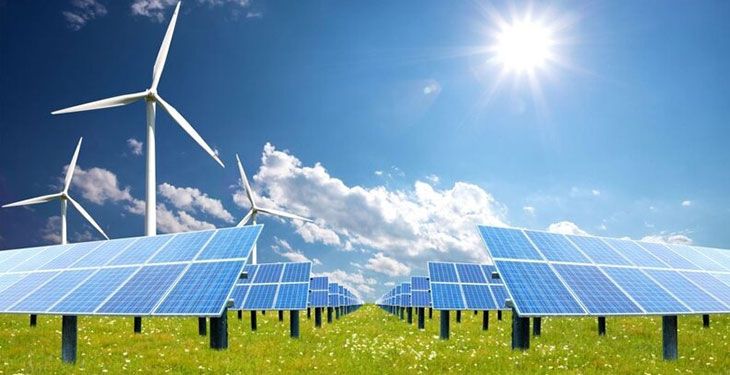 The working group of the National Committee for Macroprudential Supervision (CNSM) quantified a volume of green projects worth 60 billion euro to be implemented in the public and private sector, said Florian Neagu, Deputy Director of the National Bank of Romania – BNR, Coordinator of the CNSM Working Group for green funding support.

“In the Working Group we quantified about the volume of green projects currently in the public and private sectors. And we got an impressive amount. About 60 billion euros are green projects to be implemented in the coming years. By comparison, 60 billion euros means all the investments made by the Government in the last 8 years, which means that it is a great opportunity for the structural change of the economy, if we manage to implement these projects, but also for the financial system’s development. And there is one more important thing to say, in which case the proverb ‘better late, than never’ may not apply so well because my colleagues in this working group calculated that a delay even by only 2 years of the implementation of the projects, which is not much looking at the experience of the Romanian state, so if the projects would be implemented from 2024, for example, instead by 2022, the efficiency and the positive effects for the Romanian economy are significantly reduced,” said Florian Neagu, quoted by Agerpres.

He noted that the calculations show that the positive effects would be reduced by 33%. For this reason, the recommendations proposed and approved by the General Council of CNSM take into account very tight deadlines. Of the 16 recommendations, 7 need to be implemented as proposed this year, and another 4 in January next year.

“Drawing a line, in the next 6 months 70-75% of the plan proposed here should be implemented,” added Florian Neagu.

He also said that not only the opportunities for the economy and the financial system were shown, but also the risks or challenges posed by the Green Agenda.

Thus, the Group accounted for the share of companies that could be affected by the Climate Change Agenda and almost 40% of the gross value added created in the country is achieved by companies that are “at risk” in this process. These companies own almost half of the assets in the Romanian economy.

“Therefore, the message we have from here is that this process has opportunities, but it must also manifest itself in an orderly manner in order to manage the challenges we were talking about. We have run other analyzes. What would happen if the tax on carbon dioxide emissions would reach 75 euros. And our conclusions show that the return on assets in the economy would be reduced from +7 to -5%”, Florian Neagu added.

previousMOL buys OMV’s retail network of 120 service stations in Slovenia
nextIsărescu: The climate change agenda has a high stake for the Romanian economy and financial system