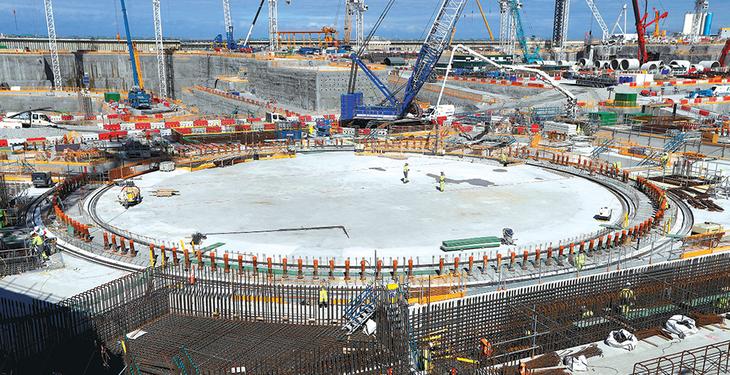 Natural gas and nuclear industries have stepped up their lobbying efforts to change European rules that define what kind of investments are sustainable, fearing that exclusion from the list of “green” investments will deprive them of funding worth billions of dollars, Reuters reports.

The EU’s sustainable investment taxonomy is set to be finalized this year and could prove crucial given that nuclear power and most natural gas-fired power plants have been excluded from the provisional list published in March.

By forcing suppliers of financial products to disclose which investments meet environmental criteria from the end of 2021, the new EU rules on green financing are intended to direct money to projects that support the bloc’s climate goals, according to Agerpres.

However, the non-profit organization Reclaim Finance claims that in the four months since the rules were published, representatives of the natural gas and nuclear industry have had no less than 52 face-to-face or virtual meetings with EU officials. Also, in total, the representatives of the two industries had a total number of 310 meetings with EU decision-makers since the beginning of 2018, according to the information published in the transparency register.

In particular, nuclear companies have stepped up their lobbying efforts. Of the 36 meetings they have had in the last two and a half years with EU decision-makers, 10 have taken place since March.

Brussels is pressured to use the rules on green financing to ensure that the money of its €750 billion return fund goes to green projects. The money could be allocated from 2021, which means that any delays in enforcing the rules could thwart this plan.

Environmental activists have called on the EU not to give in to pressure from the oil and gas industry because the stakes are high. “If the EU institutions and the Member States are serious about building a sustainable Europe, they must break away from the fossil fuel lobbyists,” said Paul Schreiber, an activist at Reclaim Finance.

One of the main complaints of the natural gas and nuclear industry is that they were not included in the group of experts that published the provisional proposals in March. A new group of experts will take over the role of adviser to the European Commission next month on establishing the taxonomy and both the gas and nuclear industries are struggling to be included in this new panel.

Rebecca Vaughan, an analyst at the non-profit organization InfluenceMap, says the platform is most likely the gas industry’s last chance to change EU rules.

The current group of experts, which includes 35 asset managers, NGOs, banks and two representatives of the energy industry, said natural gas-fired power plants should be labeled as “sustainable” only if they meet certain strict limits of emissions.

previousTMK Hydroenergy Power completes a new pumping station with an investment of 3 million lei
nextMinister of Economy, about saving COS Targoviste: A scenario is the conversion of debts into shares