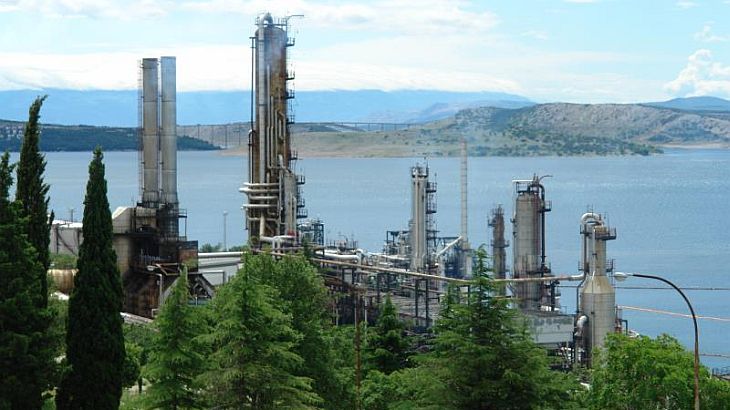 Moscow authorities will negotiate with the Croatian government the takeover of MOL stake in INA refinery after the Olympics in Sochi, says Mediafax citing news outlets in Croatia and Hungary. On the other hand, MOL is pressing the government in Zagreb for an agreement on INA management and investment policy, saying that if there won’t be an agreement it will sell its stake as quickly as possible to a third party.

Russian investors could arrive in Zagreb at the end of this month to meet with Prime Minister Zoran Milanovic and other government officials, according to sources close to the Croatian Executive. By now it is said that Rosneft, the largest oil company in the world, and Gazprom Neft, the oil arm of Gazprom, are interested in taking over MOL’s stake. Final contestant will be determined in the light of Moscow Russian energy interests.

MOL has a  47.5% stake in INA, plus options for an additional 1.6% of the shares. The Croatian state has a stake of 44.8% and 6.1% of the shares are publicly traded. Estimates say that a price of over 2.4 billion dollars for the stocks is a good price.

INA has assets in oil production and refining in Croatia, Africa and the Middle East. In 2013, INA has recorded a net loss of 268 million dollars, compared to a net profit of 88.9 million dollars in 2012. Sales were down 8% last year to 3.18 billion dollars.