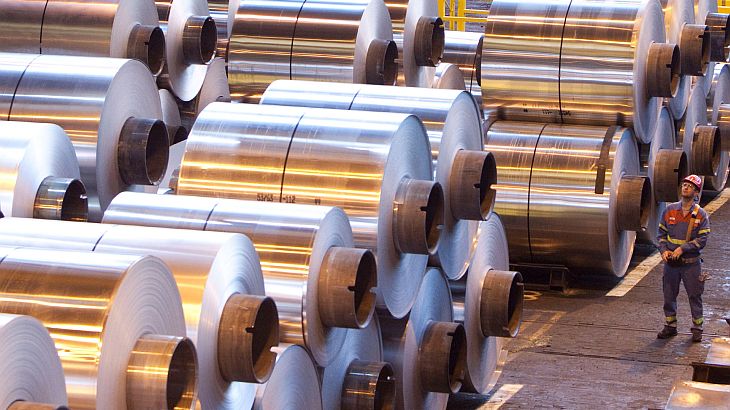 The ”overcompensation” scheme in the renewable energy segment and the burdening tax, combined with an ever-decreasing aluminium price determined Alro, one of the largest aluminium producers in Central and Eastern Europe, to register a preliminary net loss of RON 76 million for 2013, compared to a loss of RON 155 million (restated) reported in 2012. Due to the high volatility of the derivatives embedded in the energy supply contract, starting Q1 2013 the Company’s management decided to consider the Adjusted Net Result as a more relevant indicator for the financial performance of the Company. The Preliminary Adjusted Net Loss for 2013 amounted to RON 78 million, compared to a positive Adjusted Net Result of RON 123 million in 2012.

Results affected also by the support-scheme for green energy

“Alro acts in a global market, where the aluminium price is settled by LME (London Metal Exchange UK) and we cannot transfer to our clients the additional costs generated by the overcompensation schemes for renewable energy producers”, said Marian Nastase, President of Alro’s Board of Directors.

“The Company’s financial results for 2013 continued to be impacted by several factors, which are extrinsic to the company, such as the burden of the energy costs (generated by the energy consumption taxes – green certificates, cogeneration tax etc.). Despite this unfavourable situation, last year, Alro remained committed to its investment strategy and managed to restructure its activity, in such a way that it succeeded to maintain all its production facilities running and its market share, in a fragile environment where 11 aluminium smelters were shut down, since 2003, in Europe alone.”

He also says that Alro`s efforts to remain competitive and the “efforts of the authorities to keep under control the high speed inflating bubble of the subsidy for the renewables sector” were almost completely neutralized by the explosion of the new projects in the photovoltaic sector, which increased from 48 MW at the end of 2012 to 1,150 MW at the end of 2013, according to the statistics published by the regulator.

“Therefore, the burden which was already unbearable in 2013 put us in a position to revaluate all operations for the year 2014, process which is currently ongoing”, added Marian Nastase.

In 2013, Alro’s results were impacted by two major factors: the huge energy costs caused by the overcompensation schemes for renewable energy producers and, the continuous descending trend of the aluminium prices on the international market. Thus, in 2013, the overall electricity cost amounted to RON 814 million, out of which RON 191 million related to green certificates and cogeneration tax. Last year, the final price per megawatt-hour that Alro had to pay was twice as high as the EU average.

Besides the energy costs, Alro also faced increasingly difficult conditions from the international market, as the aluminium prices on the London Metal Exchange reached during 2013 an average of 1,845 USD/ tonne with the lowest level of the last four years of 1,695 USD/ tonne recorded in December, compared to an average of 2,018 USD/ tonne during 2012. With long waiting time or queue at LME warehouses, producers were compensated, albeit partially, by the rise in aluminium premiums; but that too is beginning to decline with the LME proposing new rules of warehousing and delivery scheduled to take effect from April 1, 2014.

In order to mitigate these adverse external factors and to maintain its competiveness, Alro invested last year approx. RON 70 million (up from RON 56 million in 2012), with the aim of increasing its operations efficiency, its aluminium scrap processing capacities and the production of the highly processed products, while upgrading its technology, in order to keep its equipments in line with the latest technological innovations in this industry.