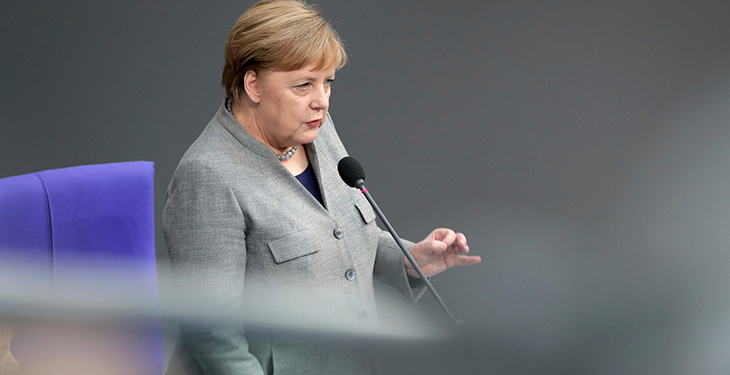 German Chancellor Angela Merkel has criticised the US sanctions to be imposed on companies working on the natural gas pipeline Nord Stream 2, recently approved by the US Senate. “We are opposed to extraterritorial sanctions,” Merkel said during question time in the national parliament (Bundestag). Asked about possible counter sanctions, Merkel said: “I see no other way than to hold talks – but these must be very decisive talks – and to express our disagreement with the practice of extraterritorial sanctions,” according to Clean Energy Wire.

The sanctions will not prevent Nord Stream 2 from becoming operational, said Kremlin spokesman Dmitry Peskov, according to a report by Deutsche Welle. Manuela Schwesig, state premier of Mecklenburg-Western Pommerania – where the pipeline will land on German territory – said that Germany and Europe needed a secure energy supply. “[The Americans] are attempting to bring American gas, obtained by fracking, to the market,” she added.