Acasă » Oil&Gas » Consumers » M. Mitroi (Prospecțiuni SA): All Effects Disappear After the Exploration Ends, the Land Is Left As It Was

M. Mitroi (Prospecțiuni SA): All Effects Disappear After the Exploration Ends, the Land Is Left As It Was 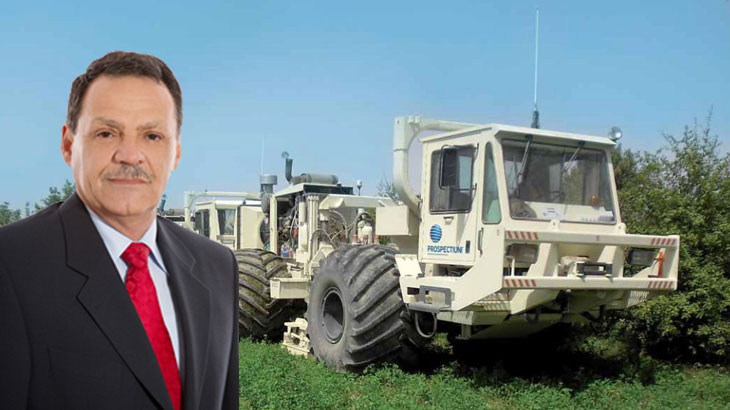 Prospecțiuni SA continues soil exploration activities in Sibiu County, for the discovery of new reserves of conventional hydrocarbons. Operations occur within a 12-month agreement concluded with Romgaz, agreement in which Prospecțiuni does a soil ultrasound to see if there are new natural gas deposits. The operations involve 640 employees, and are met with criticism from some associations in the area. Specifically, some people accuse the company that its employees „cause damage to crops in the field” and threatens some buildings in the area. I have found the public position from Mr. Mihai Mitroi, Chief Quality and HSE Officer for Prospecțiuni S.A.

Can you confirm the commencement of exploration work in Brașov-Sibiu area?

The media published a number of inconsistencies that I wish to clarify. Thus, Prospecțiuni has won the contract “Seismic works for data acquisition – seismic prospecting in RG-03 area Transilvania Sud” by winning the public tender organized by the National Gas Company Romgaz.

The project is based on petroleum concession agreement concluded between the National Agency for Mineral Resources (NAMR) and Romgaz on the execution of 3D seismic data acquisition and processing for the discovery of new reserves of conventional hydrocarbons (oil and gas) in the existing perimeters. Environmental Protection Agency from Sibiu (EPA Sibiu) confirmed that Prospecțiuni activities are not intended for identifying shale gasn deposits.

Not a single complaint has been directed or filed towards Prospecțiuni S.A.

Are you aware of any incidents in the areas that relate to allegations made by the Association Neuer Weg of Făgăraș?

Our company has implemented a clear human resources training system, which aims, among other coordinates, the ensuring of a proper behavior of all its representatives. Regarding the allegations that you refer to, not a single direct complaint was filed against Prospecțiuni. However, I ordered an internal review procedure regarding the veracity of elements reported in this direction.

Before starting work, it is done an assessment of those houses already damaged

Also, people accused in the press that Prospecțiuni operations carried out are destroying houses facades and “workers cause damage to fields’ crops.”

The buildings structure in the areas where we operate is not put in any kind of danger. Prospecțiuni company has state-of-the art equipment allowing careful control and monitoring of overall vibration level. Our company has been active for over 60 years on the Romanian market.