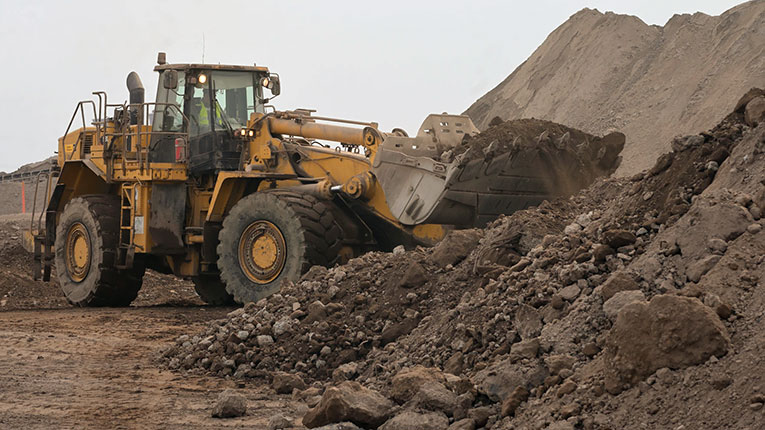 LIBERTY Galați today announces that the Romanian authorities have issued the environmental permit for the closure of the steelwork’s slag dump and the reinforcement of its right bank, in order to protect the Mălina watercourse. LIBERTY Steel Group will invest more than EUR 2.5 million in the two projects which, once completed by 2023, will create the right conditions for the installation of LIBERTY’s proposed renewable energy production capacities.

Containing millions of tonnes of slag, generated over 40 years, the dump’s closure has been carefully planned with input from the authorities. LIBERTY Steel Group is now researching all available technologies and innovative solutions for recycling some of the slag, which can be used to make cement or in infrastructure, and the future redevelopment of the 110 ha site to allow the installation of new solar and wind renewable energy fields.

“LIBERTY Steel Group’s ambition is to make metal manufacturing sustainable and become carbon neutral by 2030. The closure of the slag dump, its redevelopment and eventual transformation into a site to host green energy production will represent a major step forward in LIBERTY Galati’s GREENSTEEL journey, while the protection of the Mălina watercourse proves our responsibility towards our community,” said Aida Nechifor, General Manager of LIBERTY Galați.

Working with experts from Bucharest, the LIBERTY Galați team has planned extensive works for the reconfiguration of the slag dump as well as the protection of the nearby Mălina watercourse. In successive stages excavations will be carried out to remove the watercourse bank and to create new embankments, stormwater drains, access roads and other construction works which will re-shape and also ensure the stability of the slag dump. Rebuilding the slopes will be accompanied by the self-cementing of the surface overtime, a process which forms a rigid crust to ensure the stability of the material and prevent dust spreading.

According to the closure schedule agreed with the authorities, the processing of the materials in the slag dump will be completed by the end of 2022 and it will be closed permanently in 2023. Since 2009, the slag produced by the plant’s operations has been used in the cement industry and for construction.

“These initiatives will place us at the forefront of Romania’s efforts to reduce its carbon footprint”, concluded Aida Nechifor.

previousTranselectrica and Delgaz Grid have signed an agreement for the development of CARMEN project
nextDominic Fritz: Timişoara did not receive any money from the Government Reserve Fund, COLTERM’s debt still unpaid