Acasă » Past Events » Past Recommended Events » Liberalization increases gas prices at a slow pace. So far.

Liberalization increases gas prices at a slow pace. So far. 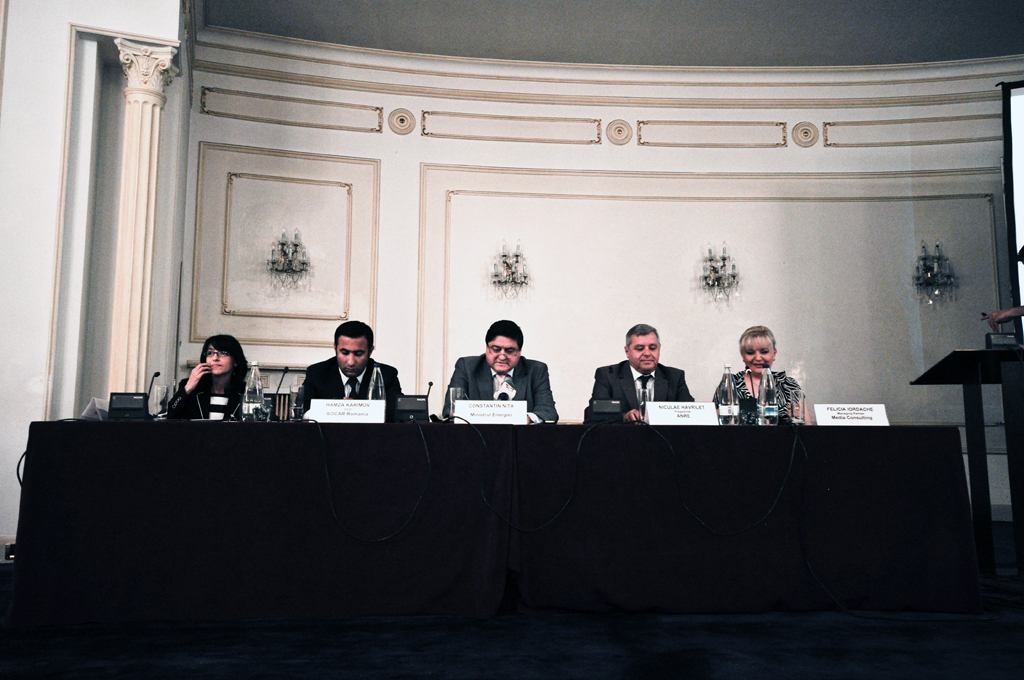 So far, three steps for gas market liberalization were taken, and the impact the consumers feel is roughly an 8% increase and it will not surpass 10% by the end of this year. ANRE made some evaluations that show that the impact registered so far is half of what previously was thought it would be. The main reason for this fact is that the consumption fell, and that led to a fall in imported gas quantities, more expansive than the one produced domestically.
Starting with November 1st, the price for natural gas will grow by an extra 2% for non-household sector, stated the President of the national regulator for energy market (ANRE), Nicolae Havrileț, in the conference “Energy prices liberalization and its impact on energy market and consumers”, Organized by Media Consulting Group, the event took place Thursday, July 25th, in Intercontinental Hotel, in Bucharest.

10 % cheaper electric power, by the end of the year

The Delegate Minister for Energy, Constantin Niță, said that the role assumed by the state authorities is to make sure that the energy has low producing costs, leaving to market to settle its own price for consumers. The first phase of the calendar for liberalization noted two positive tendencies:
-the strong reduction of spot market prices, from 230 lei/MW, in 2012, to 130 lei/MW, this year
-an increase in volumes traded on OPCOM platform, the trading hub for electricity
###details###
These are contextual developments, due primarily to a strong reduction in energy consumption. At the same time, the production from this year includes important contributions from Petrom and renewable energy companies, as well as from Hidroelectrica, the beneficiary of a good year in terms of primary resources.[/one_half][one_half_last] In the minister’s opinion, the main problem is the high level of taxes and levies applied that, together with a high production cost makes the energy prices unbearable for companies and for citizens. Anyway, by the end of this year, the electricity will cheapen by 5%, after a 6-months reduction of 4.75%.

The state authorities are still looking for the correct formula to support the costumers that may face difficulties with their payments for electric power and natural gas bills. The collected sums coming from taxation of excess revenues obtained by the companies in the process of market liberalization will be used by the Government to pay directly to suppliers – starting with December – the money of which vulnerable costumers will be exempted from. The principle mentioned by Minister Niță suggests that a criterion used to identify vulnerable consumers will the volume of natural gas consumed: who consumes less shall be presumed to be in need, „who consumes more, probably can afford to pay the bill.”

…and so is the support scheme for big costumers

For those companies whose business depend substantially on the cost of energy (iron industry, cement industry, petrochemicals) the Government is preparing a support scheme. The Executive is looking for a model already implemented in Europe, because for such a model the agreement received from European Commission might be easier to obtain, at least for a limited time-frame. Constantin Niță made a reference to the French method, where big consumers benefit of an energy basket mix composed from 90% nuclear energy and only 10% energy coming from other types of primary resources. “I don’t think we make a big mistake if we support the big Romanian producing companies”, explained the Minister. Even with Government back-up, the companies will have to wait. If the changes made to the support scheme for renewable energy companies entered into force without European Commission’s approval, the introduction of a new support scheme is conditioned by such an approval. And that takes time.