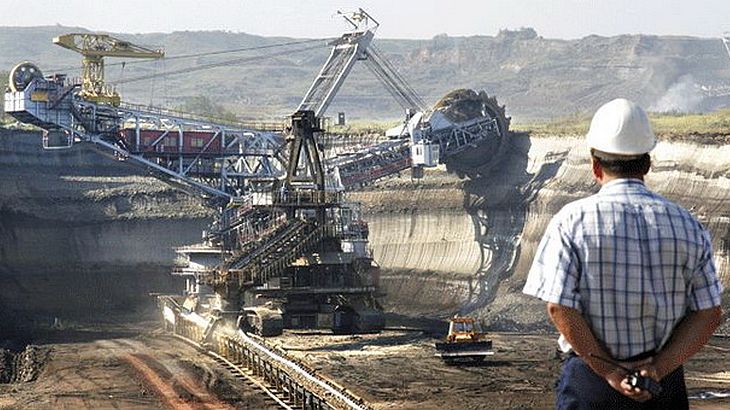 Laurențiu Ciurel, the General Manager of Oltenia Energy Complex (CE Oltenia), said in an interview for Agerpres that January and February of this year were good months for the production of coal-based energy as a result of a poor hydrological and climatic conjuncture. Not surprisingly, the fact that snowmelt occurred earlier than normal, lower river flows left market place for a good market share for CE Oltenia in the energy mix.

“In January we did a record production last reached 16 months ago, 1.3 terawatts hour; its likely that more than one terawatt hour will be generated in February, production wise.“, the manager said in the interview. However, the CE Oltenia leader nuanced its statement, saying that although the January 2014 production equaled that of September 2012, the revenues earned for that last batch was 108 million lei smaller than the ones earned a year and four months ago because of rising cost production and “a collapse in price on the producer side.”

Those at the complex expect a production comprised between 14 and 16 TWh, but the price is the key element in the success on the market. Laurentiu Ciurel indicated the presence of a huge gap between producer prices and added: “the average of market price now is at somewhere under 36 euros/MWh on the centralized market an around 27-28 euros/MWh on the spot market, is very hard as a coal-based power producer or a plant with a single primary source to stand on this market. “

This was was still another signal from the complex that once again says it is necessary to integrate more energy sources into the electricity production of generating units. CE Oltenia continues with the project for a 10 MW solar park and the CEO hopes that the 10 million euros unit to be connected to the network this year.

The price of CO2 certificates is rising; The EP wants to vote the backloading of a huge batch of emissions certificates

“Great issue number two for 2014, after price, is the rapid rising of CO2 certificates prices. If last year we had an average of 4.55 euro per certificate, already at this hour the price is 7 euros and that due to backloading imminent vote in the European Parliament.“, said Laurențiu Ciurel.

That means 900 millions CO2 certificates will not find their way onto the market, to increase their value. The Complex Director stated that a price above 10 euros for a certificate will raise problems for the coal-based power producers. CE Oltenia will need to purchase 14,2 millions emission allowances this year.

An important theme for this year is CE Oltenia’s IPO. Although he didn’t provided clear answers on estimates of potential subscription or funds collected, Laurentiu Ciurel argues that the IPO, willy-nilly, will be pushed beyond June, possibly in the fall, because of the inability to assess certain coal reserves in 45 days time.

Continues the partial stopping of extraction, by rotation

The property rights legislation and the requirements about expropriations raised by land owners to be expropriated for the expansion or opening of quarries, such as Jilt Nord, Jilţ Sud and Rosia forced the company to extend by rotation the technical unemployment program for workers in those regions, says Laurentiu Ciurel.

Beyond the technical unemployment, CE Oltenia is also restructuring its administrative apparatus. “[…] All support services, like business services, human resource services, economic services, financial services, quality assurance services can be centralized with a much smaller staff than to have four or five different brach management .” Thus, TESA staff will be reduced to 2,200 people.