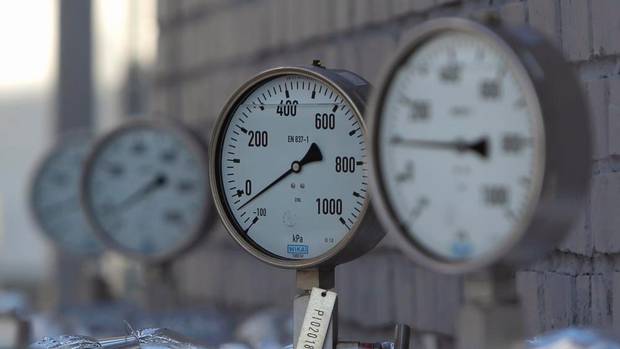 Ukraine increased its natural gas imports from Russia in recent days, said a spokesman for the state- owned Ukrtransgas in the context of warnings that Gazprom might abandon the discount offered to Ukrainian state late last year. Concerns regarding natural gas supply increased after Russian President Vladimir Putin received a  parliamentary approval to send troops to Ukraine, and analysts say the authorities in Kiev are trying to import big quantities of natural gas while the price is still low, writes Reuters.

Unhappy with the installation of a pro-EU government in Kiev, Russia warned that Ukraine could lose the discount price on gas because of its high debt to Gazprom. “We’ve doubled our imports from Russia. We’ve imported 45 million cubic meters of natural gas in 1 March, comparing to 20 million cubic meters on March 1 last year”, said Maxim Beliavski, spokesman for Ukrtransgas, the Ukrainean state-owned gas transport monopoly.

Gazprom and Naftogaz refused to comment on the increase in natural gas imports. Ukraine is one of the major routes of Russian gas exports to the EU and Turkey, where Gazprom has a 30% market share, with shipments of 162.7 billion cubic meters last year, a historic high for Russia. Over half of this amount, 86 billion cubic meters respectively, transited Ukraine.

Kiev received in December last year a one-third reduction in natural gas prices from Russia, reaching 268.5 dollars/1,000 cubic meters, after the then President, Viktor Yanukovych, refused to sign an Association Agreement with EU in exchange for closer relations with Russia. Yanukovych was ousted in February after violent protests, and power was taken over by a pro-EU opposition.