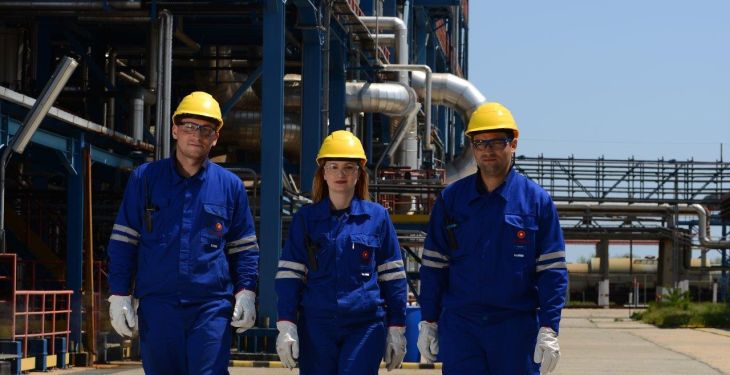 KMG International, owned by KazMunayGas Kazakhstan, through its member companies, has launched the 2017 Internship Program, addressed to 141 students who aim at developing their professional skills and technical competencies, for a successful career in the oil & gas industry, reads a press release energynomics.ro.

The program takes place throughout the year and has 3 starting dates in Navodari and Ploiesti – August, in Bucharest headquarters – April and October.

The programs support the know-how transfer from our experts to the young generation, in the first phases of their careers, Simona Popovici, Group HR Director.

The selection process consists in the assessment of technical and behavioral competencies, such as domain of studies, involvement in extracurricular activities, energy & enthusiasm, desire to grow & develop part of a team, pro-activeness, openness. When the program is completed, the students can remain with the company as employees, based on the available vacancies, the release reads.

“Internship programs are part of the KMG International strategy of investing in human resources, not only within the company, but also with the community we operate in. The programs support the know-how transfer from our experts to the young generation, in the first phases of their careers”, stated Simona Popovici, Group HR Director.

According to KMG International, throughout the year 100 graduates are expected to join the internship within the 2 Group refineries, and 41 the Bucharest headquarters for the Group corporate functions. The participants are studying in Constanta, Ploiesti and Bucharest universities and high schools with which the Group has partnered in various common projects. Additionally, KMG International will be granting 10 scholarships for students with outstanding results from the Oil & Gas Universities in Constanta and Ploiesti.

The students who are eager to take part in the internship program may apply on the KMG International’s Careers page, on LinkedIn website or by sending their Curriculum Vitae by email at internship@rompetrol.com.

Annually, upon completing the programs, more than 50% of the interns have been hired within KMG International’s member companies, in different areas of activity, says in the press.

previousACUE: The natural gas market in Romania is not ready for liberalization
nextBarcelona will prohibit the movement of old cars by 2019 due to pollution