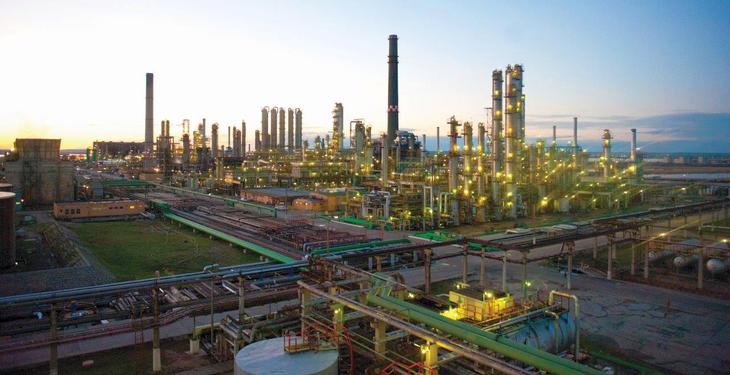 “In 2017, our Group reached the highest level of operational and financial indicators since the establishment of Rompetrol and Petromidia Refinery, and 10 years after its takeover by KazMunayGas; these results are backed by outstanding results in the sustainability area – decrease of water consumption, decrease of energy intensity index, of CO2 emissions, increased commitment towards our employees, clients, communities. These results have been achieved by our great employees, through their high sense of duty, dedication and expertise, and this report is mainly a celebration of our people of great achievements, sharing with the wide public the portraits of some of them as well as their personal stories with the company” said Zhanat Tussupbekov, Group CEO.

The performances of the production units – Petromidia refinery obtained the lowest production cost for the past 10 years, along with significant operational and mechanical availability while reducing its energy consumption and processing costs, with a decrease by approximately 14% in its energy intensity index (EII) and a drop by 44% in its processing cost. Vega Refinery also recorded an all-time-high in bitumen production, namely 96KTons/year, as well as its lowest technological loss ever in its 113-year history – 1.04% wt.
While the Group’s Petrochemicals Division, the only unit of its kind in Romania, started the development of a new grade of polymers, the companies in Retail and Trading business units followed the same positive trend in terms of environmental efficiency, with a drop by 34.2% in power consumption for Rompetrol Gas, the Group’s LPG trading division and a decrease by 4% in overall consumption for Rompetrol Downstream, KMG International’s retail division which includes the Group’s network of gas stations.

No accidental spills or grievances were recorded in 2017, and the CO2 emissions for the Refining Business Unit (Petromidia and Vega platforms, along with the Petrochemical Division) decreased by 5% compared to the previous year.

In terms of safety, as a result of the implementation measures following the unfortunate incident on Petromidia platform 2016, there were no fatal incidents recorded in 2017. Moreover, LTI dropped from 12 to 1 and Lost Time Injury Frequency was reduced by over 90%. More than 30,000 hours were put into health & safety trainings across the Group in 2017 alone.

Some other KMG International sustainability highlights throughout 2017: