Ilias Papageorgiadis, ARBIO: We proposed the introduction of a capacity limit for subsidized projects 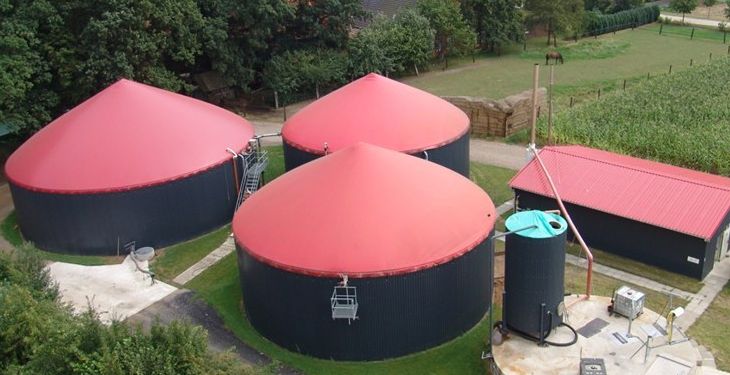 Heat and electricity generation from biomass and biogas is at its early stages in Romania. However, this sector also benefits from the presence of a dynamic association, involved in national and European initiatives placing the development of projects in the field on serious, even conservative basis. Ilias Papageorgiadis, the president of the Romanian Association of Biomass and Biogas (ARBIO) reviewed, challenged by energynomics.ro Magazine, the main legislative and regulatory initiatives initiated by the association to encourage entrepreneurs to develop plants operating on these two renewable energy sources, as well as the actions to connect Romanian businesses to the business models and technologies used at European level.

Dear Ilias Papageorgiadis, you established ARBIO aiming to place Romania in the spotlight of biomass and biogas energy business. How many members does the association have and what do you plan for the following period?

The Romanian Association for Biomass and Biogas (ARBIO) was established in 2012 and has 72 members now. Their number has increased steadily despite the fact that our sector has not been developed to its full potential. The increase of the membership base is the result of several actions undertaken with perseverance. First, we get involved in the problems our members face, we helped them identify solutions, and we have supported them and worked with them to prove that their ideas and issues deserve attention. Secondly, we facilitate the introduction of our members to potential business partners in the country and abroad. We also benefit from the fact that we are members in many reputed national and European organizations. In addition, we partner and collaborate with associations, organizations and representative groups active in Romania.

In what regards Romania’s potential, praised by many, I would like you to provide us with a more in-depth view. What does this potential look like in terms of investments and jobs?

Romania has a potential of more than 3,000 MW installed capacity in biomass and biogas plants. We estimate that the Government will understand that the only viable solution for the large coal energy producers will be to move towards a mix of coal and biomass. This is how we will be able to save thousands of jobs and offer multiple advantages to citizens, the economy and the environment. In the scheme dedicated to biomass and biogas we propose the achievement of 300 MW in the following six years, just to “test the waters”. These projects involve the creation of at least 15,000 direct jobs and 5,000 indirect jobs. After we have achieved the 300 MW, we will analyze the effects and will establish, with the Parliament, the Government and independent authorities, if it is a good time to take the next step. We are in no hurry to talk about big numbers in terms of installed power. The National Action Plan in the field of Renewable Energy provides 600 MW installed in biomass and biogas plants, but we propose a more conservative approach.

Who could build this type of plants, what are the capital costs per unit of installed power and how could these projects receive better funding?

We propose that most projects be funded by the private sector. We do not exclude the public sector in particular in what regards central heating. There are many categories of private investors (landfill managers, farmers, livestock farm owners, food factories) who are seeking a “healthy” solution to their issues. The costs of a project vary depending on its size and exploitation technology. These change dramatically if we implement an installation of 200 kW or of 1 MW. The smaller a project is, the more expensive it becomes. For this reason, we support different tariffs for different capacities. At the same time, we recommend investors to shape the project according to the availability of raw materials at hand in the project area. As soon as the Biomass and Biogas Law is implemented, the proposed scheme will be stable and predictable.

In what regards the raw materials supply infrastructure, ARBIO prepared in 2013 a detailed study on the quantities and sources available in each county. The document, also used by some public authorities and institutions, will be updated in 2017. We hope that domestic technologies will be well represented in projects. We have members who have locally developed technologies and who build projects. Every event we organize features at least one technology provider from Romania.

What was the success of your association in the political and business environment and what are the next steps for the development of the biomass and biogas sector?

Before 2013, the biomass sector was hardly taken into consideration. The situation has changed dramatically, and some of our proposals in 2013 are now being discussed. One of the proposals in an advanced stage is that all green certificates are purchased at a single price, of euro 30/certificate. We organized large events, we made studies with a major impact and we submitted technical and legal documentation which was deemed to have been very well prepared.

We are currently making advances with the draft law governing this sector. The proposed text was submitted to the Services and Industries Commission, to the Ministry of Energy, the Ministry of Environment and the Ministry of Agriculture. At the same time, we are preparing a draft law for energy crops. We are very active in informing the public on the generation of thermal energy from biomass, we explain the specifics of the industry to our partners in NGOs, and we support reforestation projects in Romania. Many of these initiatives have been prepared with the help of the Association of Pellet and Briquette Producers in Romania. One of our joint projects is to advance towards the certification of agro-pellets, a niche where Romania has a competitive advantage at European level.

From the actions you have started locally, which is the one action that has the biggest changes to change the industry for the better? At European level, what were the measures that ARBIO took to make sure it was heard by experts and decision-makers?

The Biomass and Biogas Law will bring the greatest benefits to the industry and to Romania as a whole. Since 2013, ARBIO is a member of the European Biomass Association (AEBIOM) and of the European Biogas Association (EBA). This year, after the National Federation PRO AGRO joins the COPA COGECA, ARBIO will represent Romania in European Commission social dialogue groups. Since December 2015, ARBIO has a chosen representative in EBA’s Board of Directors. Our Association takes part in AEBIOM’s projects, such as the organization of European conferences and the preparation of answers to legislative debates at European level. This year we are also taking the first steps to expand to the Republic of Moldova, Greece and Bulgaria.

You worked hard to build proposals that legislators and regulators take into account. These efforts culminate in a dedicated law. What are the guiding principles of the law? Do you believe it might become a reality?

We have been working for more than three years to put forward a draft law separating biomass and biogas from other resources. We mean for the energy consumer not to pay an additional cost, this is why we proposed the aid to be funded from the amounts collected by the Environment Fund from polluters. We also proposed the introduction, in the first stage, of a 300 MW cap to be supported through this mechanism. Of these 300 MW, 125 MW should be dedicated to projects capitalizing household waste and 175 MW for other projects. We believe it is useful for projects to be spread all over the country, where they are really needed, this is why we proposed limits to be set for each geographical area. We requested ANRE to control the investment flow, inform Transelectrica of each project and approve a project when a confirmation is obtained that there are sources for subsidies. Transelectrica will grant the subsidies according to rules established by ANRE.

We have also proposed the organization of tenders for projects in excess of 1 MW. All projects will have a tariff consisting in the market price and the subsidy, the latter to be granted according to the price of energy. Anyone submitting a project for approval should also submit a bank guarantee for 10% of the investment value. If in 12 months there is no proof that the equipment has been purchased and in another 12 months the producer license has not been obtained, the guarantee may be claimed. Finally, we propose a minimum return for all projects and a higher return for projects solving issues of major interest for the country. The draft law is now being reviewed in the Parliament and we believe it is to be voted this fall. Then we need it to be approved by the European Commission and the methodology to be prepared by ANRE.

The full version of this article can be read in printed edition of energynomics.ro Magazine, issued in May 2016.

In order to receive the next issue (September 2016) of energynomics.ro Magazine for free, we encourage you to write us at office [at] energynomics.ro to include you in our distribution list.

previousMarket liberalization requires updated legislation and human resources development
nextIulian Iancu: Energy is in the process of transformation, based on a new technological and digital revolution