Acasă » Electricity » Hidro » Hidroelectrica’s privatization, blocked until the autumn of 2022

Hidroelectrica’s privatization, blocked until the autumn of 2022 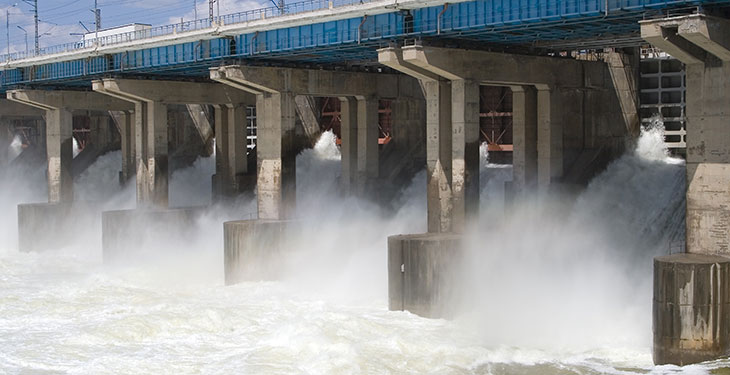 The President of Romania, Klaus Iohannis, approved on Thursday the law on ”some measures to protect national interests in economic activity,” despite the fact that the Liberals had previously challenged the draft in the Constitutional Court, which, however, rejected their referral.

According to the normative act, from the date of entry into force of the law, for a period of two years, the alienation of state participations in national companies and corporations, in banks, as well as in any other company in which the state has the quality of shareholder, regardless the share held, is forbidden.

The law primarily targets the privatization of companies such as Hidroelectrica, one of the most important sources of revenue to the state budget, and one of the main energy producers. Today, hydro energy accounted for almost 33% of total production, according to Transelectrica.

Hidroelectrica would have been listed on the stock exchange in a proportion of only 10-15%, while an amount of 3-5 percent would have been taken over by the European Bank for Reconstruction and Development, which would have provided a stable rating to the company and would have represented , together with the other minority shareholder, Fondul Proprietatea, a guarantor of compliance with the investment strategy, the contract award procedures and compliance with corporate governance.

In addition, the listing on the stock exchange would have opened the company, which would have become more transparent through the rigors of reporting required by the capital market.

Fondul Proprietatea today holds about 19.9% of Hidroelectrica’s shares, valued at 972 million euro, which could value the company at 4.86 billion euro, taking into account only the value of FP’s net assets. Obviously, a fair market assessment of Hidroelectrica must be made in the light of past and future revenues, similar transactions and similar companies in the region and in similar global markets. Thus, the market value may be much higher, and the Liberal government probably feared not being accused of making transactions in the midst of the crisis (and in the election year), when, as a rule, the market values of companies fall in all markets.

In addition, the new law suspends due diligence procedures (a severe blow to consulting companies and specialized divisions in banks, deprived of local transactions lately).

“Any operations regarding the alienation of state participations in national companies and corporations, as well as in companies in which the state has the quality of shareholder, started before the entry into force of this law shall be suspended for a period of two years. The provisions do not apply to post-privatization operations and operations specific to privatization, if the transfer of ownership of state – owned shares has taken place,” the law states.

The state will instead be able to buy packages in various companies, including in the energy field, according to the new law.