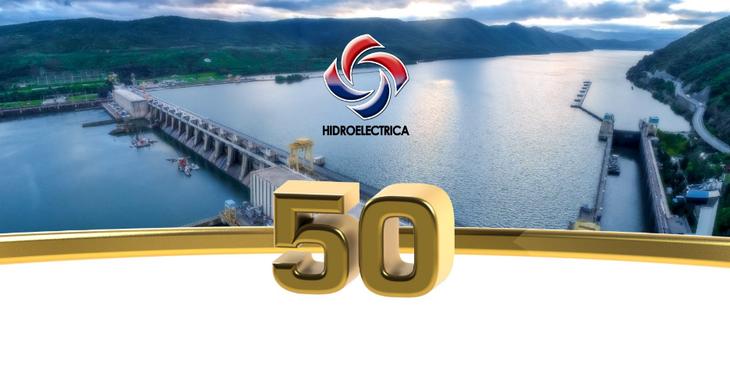 Hidroelectrica celebrated half a century since the inauguration of the most important hydropower objective in Romania, SHEN Iron Gates I, informs the company.

The ceremony which marked this moment took place on Friday at the Iron Gates, in the presence of the Minister of Energy, Virgil Popescu, the Serbian counterpart, Zorana Mihajlovic, Bogdan Badea, the president of Hidroelectrica, the county authorities, other local and regional figures and area management of the company. They were joined by Hidroelectrica employees and contractors who actually participated in achieving the energy objective.

“The Iron Gates I hydropower plant is the largest in Romania. It is one of the most imposing hydrotechnical constructions in Europe and the largest on the Danube. Due to their size and installed power, the hydropower units in the plant were the largest of its kind at the time. Hidroelectrica has extremely important investments in progress – almost 150 million lei, for the proper functioning of the hydroelectric facility: additional protection of the overflow dam sink, modernization works of the electrical installations related to the hydromechanical equipment and to the hydraulic drive installation related to the overflow dam, such as and modernization of the diagnosis and monitoring system, sluice rehabilitation works,” said the Minister of Energy.

“I am especially pleased that today, at the anniversary hour, we can celebrate together – Romanians and Serbs, after half a century of hard work, cooperation and friendship. We have with us the representatives of the Government and the authorities, they are the people who we rely on the support of Hidroelectrica’s investment plans and on the creation of that legislative framework that will allow us to move quickly in the direction of development that we have proposed and assumed together,” stressed Bogdan Badea.

Also during the event, the Minister of Energy wanted to reiterate that Hidroelectrica offers clean energy, “at fair and affordable prices for Romanians”.

“We have high expectations. The Iron Gates I hydropower plant is the most important in Romania, Hidroelectrica is the largest energy producer in Romania. Moreover, it is a 100% green energy producer. We must not forget that it offers this clean energy at affordable prices for Romanians. I want to emphasize this, because I am firmly convinced that Hidroelectrica will continue to protect consumers in the face of fluctuations in the energy market,” Badea added.