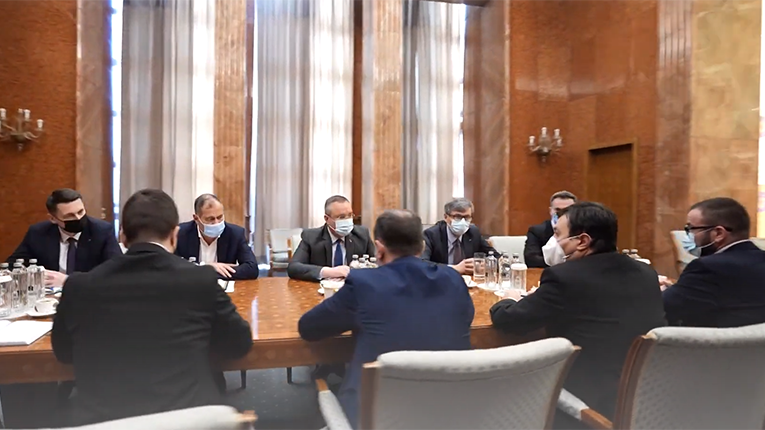 The responsible institutions will be firm in the checks they have to make in connection with the increase in fuel prices and will give drastic sanctions to those who violate the law, wrote, on Thursday, on his Facebook page, the Minister of Energy, Virgil Popescu.

“ANAF, ANPC and the Competition Council have started investigations to take the necessary measures to stop any illegal, abusive practices that have no real economic justification. This morning I attended the meeting convened by Prime Minister Nicolae Ciuca to analyze the causes that have lead to unjustified surge of fuel prices. The Minister of Economy, Florin Spătaru, the Minister of Finance, Adrian Câciu, the President of ANPC, Horia Miron Constantinescu, the President of the Competition Council, Bogdan Chiriţoiu, and the President of ANAF, Mirela Călugăreanu met this morning. The responsible institutions will be firm in the checks they have to make and will give drastic sanctions to those who break the law. At the same time, there is no cause for concern, we have sufficient stocks of petroleum products to ensure deliveries to customers,” Popescu said.

The Minister of Finance, Adrian Câciu, also said that the authorities do not tolerate the manipulation of the market and for those who made a mistake, the sanctions will be applied at the maximum level.

“The Romanian Government and implicitly the Ministry of Finance do not tolerate and will not tolerate manipulation in markets, distortions, inappropriate or incorrect trade practices, especially in the complicated economic situation we are going through. I was deeply outraged by what I saw yesterday on the market especially in the context in which the barrel fell by $20 yesterday, as a result of which, according to the Prime Minister, since last night the teams within ANAF – National Anti-Fraud Agency started extensive controls together with ANPC commissioners and Competition Council representatives. The controls will focus on how the price was built, the attitude or the elements of speculation and the behavior and conduct of traders seen by everyone yesterday. As promised, the Government will protect Romania’s citizens and economy from the complicated situation generated by the conflict in Ukraine,” said Adrian Câciu on Thursday, in a statement sent on his website Facebook.

The Minister of Economy, Florin Spătaru, had a similar position.

On Thursday morning, in Bucharest, the fuels were sold at prices between 7.43 and 9.59 lei in the Capital, after the gas stations were assaulted by drivers on Wednesday evening, scared that the price of fuels will exceed 10 lei per liter tonight, so how it circulated in the public space.

previousGas prices have fallen by 10% in Europe, with Russian deliveries running normally
nextPwC: Cutting VAT to 5% would lead to a invoice decrease of about 12%