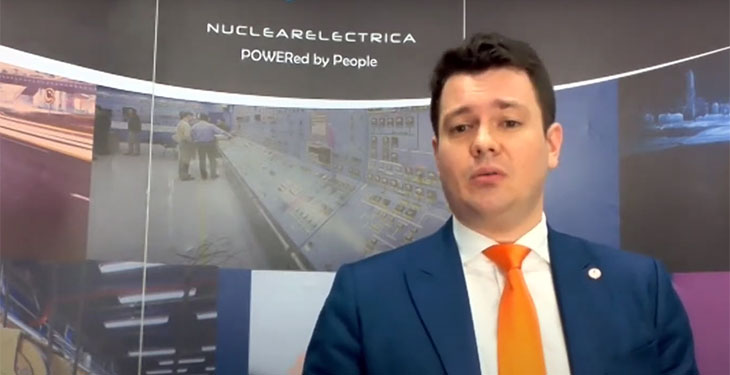 The use of Cernavoda reactors for energy production has prevented the emission of 170 billion tons of carbon dioxide into the atmosphere and has allowed the creation of over 11,000 jobs, said on Tuesday, Cosmin Ghita, general manager of Nuclearelectrica, during the Canada – Romania Partnership in Nuclear Technologies conference, organized by Energynomics.ro.

“Since the commissioning of the Cernavoda units, the emission of 170 billion tons of carbon dioxide into the atmosphere has been avoided, more than 11,000 jobs have been created, including in the horizontal industry, with the possibility of increasing the number of jobs to 19,000, and the reactors contributed to the Gross Domestic Product of Romania with approximately 600 million euro annually,” said Ghita.

He pointed out that, according to the International Nuclear Agency, Romania, through its nuclear units, had a very high production factor in the period 2017-2019, which propels us to the global top in this field, according to Agerpres.

“The second unit, with a factor of 93.3%, occupies the first position, and Unit 1, with 89.7%, occupies the third position, out of over 400 reactors that are in operation worldwide. Romania occupies a place in the top, with a total of 91%, it is a standard of excellence that we are proud of,” the Nuclearelectrica official also said.

previousColterm is looking for a general and deputy manager, following the resignation of Bogdan Nanu
nextSIXT GROUP won the tender to deliver 20 electric buses and 25 charging stations, in Constanța