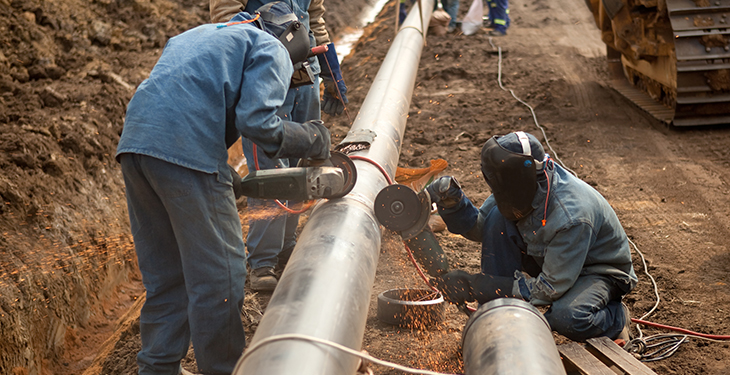 German Chancellor Olaf Scholz pleaded on Thursday for the construction of a natural gas pipeline between Portugal and Central Europe, which would currently be greatly needed in the context of the energy crisis resulting from the war in Ukraine, and in the future would help the EU’s efforts to reduce dependence its energy towards Russia.

“I was very interested in a pipeline that today we are sorely lacking, namely a pipeline that we should have built between Portugal, Spain, through France and all the way to Central Europe,” said Scholz, according to AFP, at a press conference he attended after finishing his summer vacation.

“We proposed to approach such a project together with my Spanish (Pedro Sanchez) and Portuguese (Antonio Costa) counterparts, but also in discussions with the French president (Emmanuel Macron) and the president of the European Commission,” Ursula von der Leyen, stated Scholz , without providing further details about the initiative he suggested.

The idea of ​​a gas pipeline, called MidCat, was launched in 2013 and it would have connected the Spanish region of Catalonia with the south-east of France. But in the absence of an agreement on financing and real support from France, which was not fully convinced of the usefulness of the project at the time, in 2019 it was finally abandoned, according to Agerpres.

In addition, a feasibility study commissioned by the European Commission concluded in 2018 that such an infrastructure, with an estimated cost of over 440 million euros, would be neither profitable, nor necessary.

The Spanish Minister of the Economy, Nadia Calvito, said in March she favors the relaunching of the project, insisting, however, that such an interconnector should also concern the transport of “green hydrogen.”

The energy security problem of Germany, a country highly dependent on Russian gas, is becoming more acute as Russia reduces its gas supplies to Europe in retaliation for the sanctions imposed by the EU following the aggression against Ukraine.

previousPNRR: Extended deadline to September 15 for cogeneration projects in the district heating sector
nextIEA has improved its oil demand estimates as a result of the transition from gas to oil