Gerhard Roiss: Remember our core business – to search for oil and gas 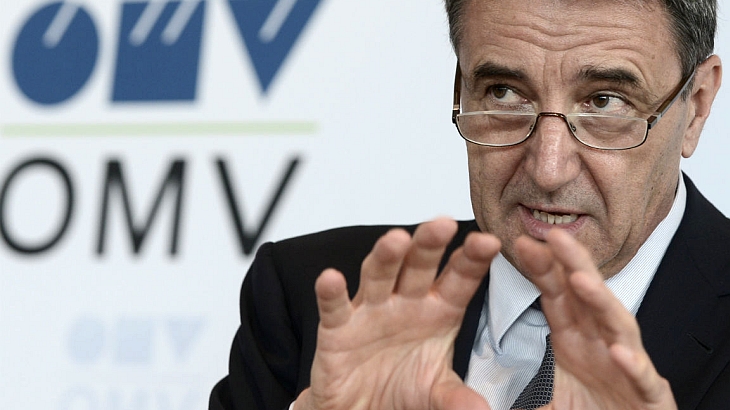 OMV boss Gerhard Roiss increasingly turns to the Oil&Gas exploration. For electricity generation and gas stations there is only little space in the new strategy of the group.

Mr. Roiss, analysts have criticized that the OMV has lately lost its vision. What vision do you really have for OMV?

It is important to have a long-term strategy which is put on for the next ten years. The fact that we present this strategy here in Istanbul, does not come by chance: in future Turkey will play for the OMV an even more important role than before. Because in the adjacent Caspian region and the Middle East are the largest natural gas and oil reserves in the world (around 50 percent). We also want to be where the business is, and that’s certainly the case here. Turkey will be in 2020 the fourth-biggest European gas market.

However, Turkey had already been an important market for OMV. So what’s new?

We have our three pillars of the group – Exploration and Production, Gas and Power and Refineries and Marketing – completely re-balanced. In the next ten years, the expansion of oil and gas production should be sped up massively, also by additional purchases. Two thirds of our total investments (note: an average of 2.4 billion euros annually) will be devoted to this area. And our clear focus will be on gas production. Today, Oil&Gas represent 60 percent of the global energy mix. In 20 years it will still be 50 percent, indeed, with reverse portents: then gas will lie before oil.

Sounds a bit like “Back to the roots” – or am I wrong?

This is quite right: we reflect on our core business, the exploration and production of oil and gas, with a strong emphasis on gas.

Nabucco will confirm, because Europe will need more gas.

And where is electricity which was very important for your predecessor Wolfgang Ruttenstorfer?

Power production has meaning for us only there where it makes sense in the context of the added value chain. So we will not build power plants if we do not have aour own gas. To gain market share in the electricity market makes little strategically sense for us.

What is the role of renewable energy in this strategy?

Renewable energy plays an important role in the future energy landscape. Our way to get there is through natural gas, a much lower emission resource than, say, coal.

The Refineries and Marketing sector was during the last years the problem child of the OMV. How will it go here?

The Refineries and Marketing business will fall sharply. By 2014, we want to sell assets worth one billion euros in this area.

Where this will be exactly?

I cannot call specific markets, but it is possible that we withdraw from markets which are not core markets and not well integrated.