Energetic Resources – Blessing and Burden for the EU-Russia Relationship 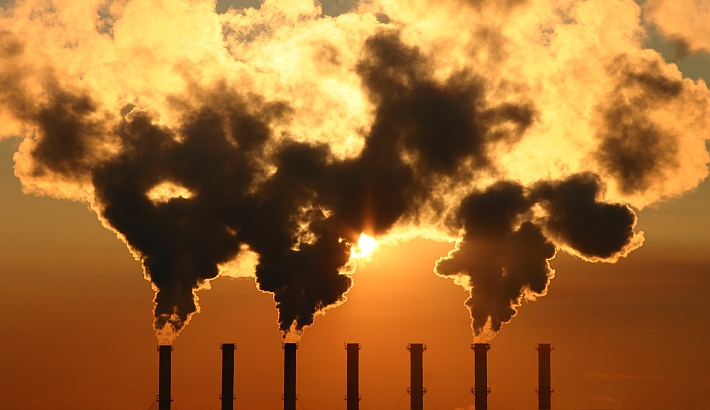 The biggest hydrocarbons and hydrocarbons-based products suppliers for EU are the companies from Russia, Azerbaijan, Kazakhstan and Turkmenistan. This sheds a new light on the issues of Russian state influence and stakes in exploitation projects of its southern Islamic neighbors. The massive state presence in the stock ownership of energy companies, and the presence of Russian giants in all the European projects that have good prospects to be constructed compel the European Commission (EC) to constantly evaluate the risks for EU energy security.

In a synthesis made by Michael Meidan, for the EC the energy security represents „the ability to meet essential future needs in energy both through domestic resources obtained in acceptable economic conditions or kept as strategic reserves, and to be able to have access, in a stable environment, to external sources, supplemented by strategic reserves.” The gas market incidents between Ukraine and Russia in 2006 and 2009 revealed that Ukraine represents the physical infrastructure turning point for the European energy security. 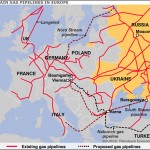 For now, the majority of pipelines that stocks the Western Europe are ramifications of pipelines that transit the Ukraine territory, and the European market is in an interdependence relation with these regions outside the EU. Interestingly enough, this interdependence is reflected at the rhetorical level as dependence: EU dependent on Russia – a half-true statement.
Roughly 40% of all EU natural gas imports are coming from Gazprom. At the same time, the revenues obtained by the Russian companies are as necessary for them as there are the energy resources for Europe. These predictable revenues are necessary to finance the development of other economic sectors and activities, and the hardware for exploitation, storage deposits and considerable portions of transmission pipelines are old and need to be refurbished.
A stagnation in hydrocarbons production and transport would mean an economic stagnation for Russia. The commercial treatise and contracts of Russia with other states, others than EU Member States, are on the rise, but even those are still concentrated on providing hydrocarbons and auxiliary products and, with few exceptions, are still small when you compared them with Russia’s internal needs or claims for global leadership. In addition, although in an early stage, the cooperation between EU Member States is increasing with regards to energy and resource security, and security of supply.

The measures taken so far to increase energy and infrastructure security include creation of alternative supply routes, a diversification of hydrocarbon imports and long-term cooperation formulas with other strategic suppliers, like Central Asia states, or those positioned in the proximity of Northern Sea or North-Eastern Atlantic. Along these, the interconnections of European energy power grids, the creation of strategic reserves, the increasing of energy efficiency and the creation of a unique European energy policy are all strategic issues that EU needs to solve.
About all these, the European Energy Commissioner, Günther Oettinger, believes that the EU’s investments into the energy infrastructure were far too small and non-coherent, and this has to change. He declared that a better production and distribution grid integration between new EU Member States and the old members is required.

previousGerhard Roiss: Remember our core business – to search for oil and gas
nextFMI anticipates a 2% economic growth for Romania in 2013