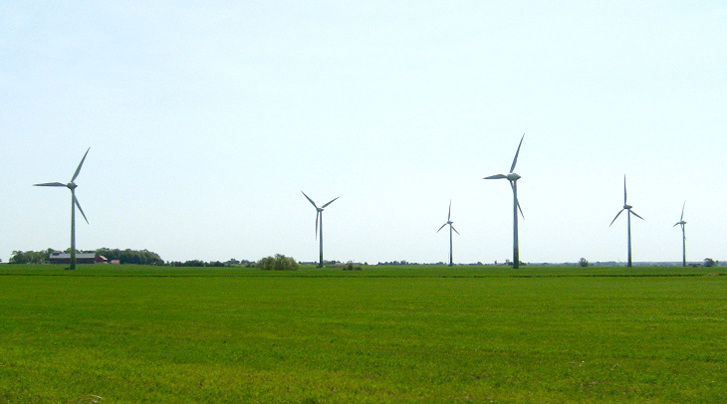 GDF SUEZ Energy Romania, part of franco-belgian group GDF SUEZ, decided to increase the social capital of a Romanian wind farm project company by 34 million euros. Through Alizeu Eolian, registered in Buzău County, the natural gas distributor wants to develop a wind farm with a total installed capacity in Băleni, Galați County, an investment estimated to be 90 million euro. The development will occur throughout 2013, and it will be financed from internal resources and from contracting a credit.

The announcement came as a surprise, especially in the light of latest events and declarations: the Governmental Ordinance that transforms how the renewable energy green certificates (a form of subsidy) are allocated, and the GDF SUEZ declaration, according to which it plans to attract at least 600 million euros through selling some of its significant participation in some solar and wind energy operations in Europe. Evaluated to be in the range of 1 billion dollars, the units put up for sale have a capacity of almost 1.000 MW.

GDF SUEZ announced it wants to keep a 40% stake in these projects, and for the rest of them to be only the industrial operator. The measures at hand would be taken because of corporate debt rising, that reached 34 billion dollars, but also because of a decrease in profit margin as a consequence of regulated tariffs in France, Belgium and other European states.

GDF SUEZ Energy Romania (previously known as Distrigaz Sud), is a distribution and supplier company, with services in natural gas and electricity, 1.3 million clients in Bucharest and 18 Counties. The company registered last year a net profit of 79,6 million euros, up 51.4%, and a net worth of business conducted of 908.2 million euros, up 4.8%.

previousMore than just a news site: the chance of a community
nextConpet profit rose by 25.7% in the first semester, reaching 5.8 million euro