Gazprom and Eni agree on gas supplies via Southern Corridor 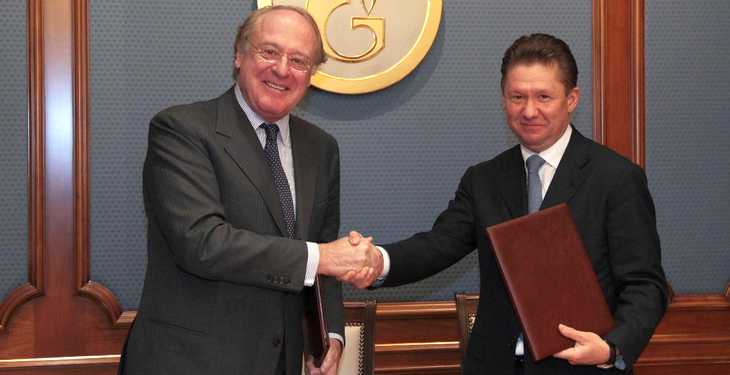 Gazprom and Italy’s Eni signed a memorandum of understanding to jointly develop the so-called Southern Corridor of gas from Russia to Europe, say Itar-TASS and DPA. Southern Gas Corridor, with a length of over 3500 km, will allow the transportation of ten billion cubic meters of gas a year from Shah Deniz Stage II of the Caspian Sea to Italy.

Gazprom is the main gas exporter to Europe, where it has a market share of 34%

“The paper reflects interest of the parties in analyzing prospects of cooperation in the sphere of developing the southern corridor of gas supplies from Russia to European nations, particularly to Italy, and upgrading contracts on Russian gas supply to the republic,” Gazprom said.

The Agreement is signed after the European Commission communicated that it was satisfied with Gazprom’s undertaking of the concerns regarding competition in the Central and Eastern Europe gas markets, and invited all interested parties to submit their comments on these guarantees.

“We believe that Gazprom’s commitments will enable the free flow of gas in Central and Eastern Europe at competitive prices”, the Competition commissioner Margrethe Vestager said. “Gazprom’s offer of commitments confirms this. We think they provide a forward looking solution to fix the issues we’ve found – and help to better integrate gas markets in the region.”

Gazprom is the dominant gas supplier in a number of Central and Eastern European countries. In April 2015, the Commission sent a Statement of Objections expressing its preliminary view that Gazprom had been breaking EU antitrust rules by pursuing an overall strategy to partition Central and Eastern European gas markets. If Gazprom will not live up to the expectations, the Commission may impose a fine of up to 10% of the company’s worldwide turnover, which was at 82.9 bln euro in 2015, without having to prove an infringement of the EU antitrust rules.