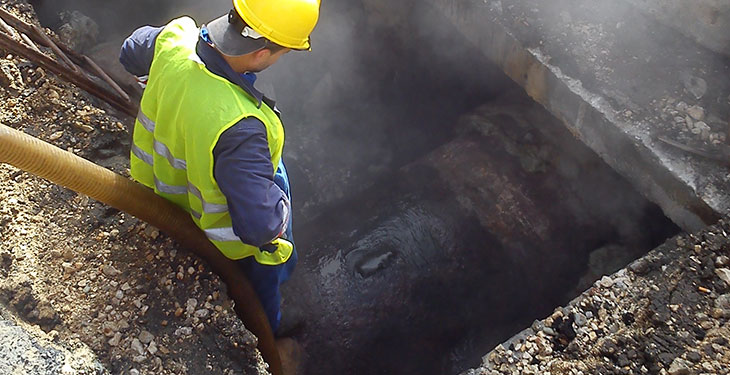 The losses in the district heating network rose this year to 2,200 t/h, compared to 1,200 t/h last year, says Elcen. Thus, the losses doubled in one year and tripled compared to 2016.

The sudden drop in outdoor temperatures in recent days has put additional pressure on the outdated and degraded heating system, which is already facing an extremely difficult task to deal with major technical problems caused by the lack of investment in modernization, say Elcen representatives.

“As a result of these problems, the system does not have the necessary flexibility to adapt quickly to sudden changes in external weather conditions. We have also drawn attention to the fact that failure to complete major repairs and modernization works, which are absolutely essential, has led to a constant degradation of the system, and to an explosive increase in network losses, with negative consequences on supply parameters of hot water and heat to consumers,” the ELCEN release reads.

“At the same time, the pandemic crisis caused by the spread of SAR-CoV2 virus in all sectors of activity was also a factor that contributed to the delay in the implementation of repair and modernization works… We are constantly working and looking for the most efficient and fastest solutions to act and deal with an outdated system that has not been invested in time and now bears the consequences…Modernisation is needed and there is European money available for this. The immediate start of investments in energy efficiency projects will allow a good operation of the system, with high efficiencies, reduced losses to a minimum and increased flexibility.”

previousCorina Popescu: We aim to invest in gas power plants, in order to balance our renewable energy production
nextGermany: E.ON will install about 2.5 million smart meters by 2030