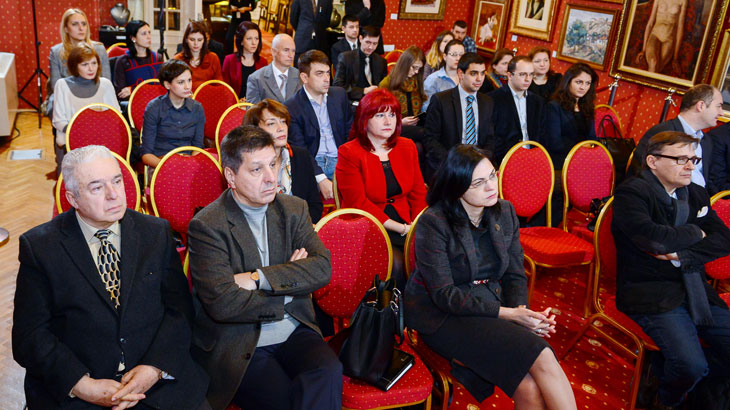 These are the conclusions of the first meeting in Energy Breakfast Club (EBc), an event that brought together at the Cesianu-Racoviţă Palace over 40 experts from the energy industry and related sectors, all interested in the privatizations announced for 2014. Discussions have started with projects aimed at companies Electrica, CE Oltenia and Hideroelectrica and covered all the issues of the industry – pricing to investment and regulation to competition.

“It’s not the right time to privatize”

Valentin Ionescu, president of the Ordoliberal Institute, began by dismissing an idea – widely circulated mainly by government officials: “It’s not the right time to privatize!” The figures put forward by Valentin Ionescu showed how, globally speaking, in the years after 2008 there were achieved record amounts of transactions which involved energy companies. Among the notable performances, the speaker reminded privatizations in Brazil, Portugal and Turkey, which have attracted more than 20 billion dollars, in the worst years of economic crisis.

Valentin Ionescu’s thesis was that there are money, it’s on the seller to attract them. “OMV Petrom secondary offer has been ill prepared and it was a failure; the ROMGAZ offer was well organized and well adapted to the local market, so it succeded.” 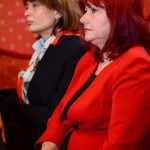 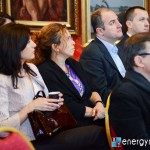 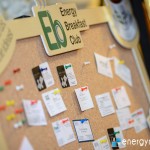 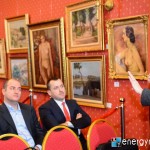 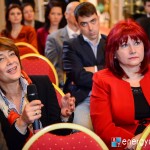 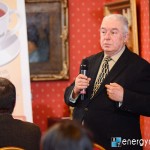 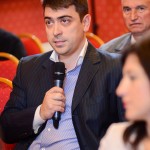 More of the same opinion was Alexandru Roșu (Ridgewood Advisors). He warned that altough there are interested investors, they need to know in advance what the authorities’ plans are. The 6 billion invested in renewables sector are clear evidence that – regardless the crisis – when things are well prepared, the money keep coming. However, an additional difficulty for the sale of the stakes in state companies comes from the fact that the market is currently overflooded with so many projects, all for sale on favorable terms. Depending on Romania’s strategic decisions they are likely to cannibalize each other, said Alexandru Rosu.

Institutional resistance and the rents-seeking attitude make it impossible to restructure state companies.

Valentin Ionescu said that privatization have good results only when there is a proper institutional framework enacted by the authorities. For Romania, the institutional framework is given by the objective of liberalizing the energy market; for now, this is a just a poorly constructed frame, according to the speaker. Market liberalization is dependent on four pre-conditions, out of which Romania has only met in part.

One – the vertical restructuring is almost complete
Two – the horizontal restructuring has not even started, and so the production sector is the least competitive in the industry. Distribution and retail are regional quasi-monopolies where only the technological advances will solve the problem of competitiveness.
Three – the spot and forward market. With all the problems, this is an area where there is room for growth and more competitiveness.
Four – configuring the commercial networks. Electricity suppliers are intermediaries that act systemically to reduce information asymmetry. Except that how they operated domestically – in connivance with political power – has discredited them as credible and useful actors in increasing competitiveness.

Without these functional elements, the energy market remains non-competitive, where privatizations are not only unnecessary, but also dangerous, because they can lead to the extinction of some economic players of us for the system as a whole.

A company is the sum of its customers

A company is the sum of its clients, noted Professor Aureliu Leca. And right now, all customers in the energy industry are faced with reduced purchasing power. For residential side, the price increases – primarily for natural gas – are likely to send most consumers among the vulnerable ones, dependent on state support for paying their monthly energy bills. For the industrial sector, consumption keeps steadily falling. And that’s not because of implementing solutions to increase energy efficiency, but because there are more and more companies that can not afford the ever higher prices.

That’s why, the privatization of energy companies becomes more difficult, as the quality of customer portfolio decreases.

Silvia Vlăsceanu, chief executive of ACUE, referred on how the authorities unpredictably behave, and introduce new obstacles in privatization process. Among the many examples available, the speaker raised the original concept of “deferred incomes” introduced by ANRE for private electricity distributors, in violation of contracts, according to Silvia Vlăsceanu.

According to her, when about Oltenia Energy Complex there is a supplementary risk from expected social pressure and regulated prices, which makes a successful privatization more unlikely.

Electrica has better chances, mainly because of the minority holdings that it has on many other companies in the industry.

The most glorious outlook has Hidroelectrica, where selling of a minority stake is expected to bring increased transparency and increased pressure on the management.

Somewhat paradoxically, Daniela Lulache, general manager of Nuclearelectrica, noticed that having a company listed on a stock market can also lead to greater stability for the management, as arbitrary decisions of the sole shareholder – the state – can be moderated by the rest of a the shareholders. And stability is part of what the state-own companies lack: every political change brought new arbitrary dismissals and appointments. Something that most of the privatized companies managed to avoid, as there are some examples of remarkable longevity at top management: OMV-Petrom, GDF Suez or E.ON.

previousGlobal Wind Grows by only 12.5% in 2013; return to big growth in 2014, study finds
nextRomanian microhydrocentrals, between illegalities and ecological catastrophe