Acasă » General Interest » Environment » E.ON has become a member of the European Alliance for Clean Hydrogen

E.ON has become a member of the European Alliance for Clean Hydrogen 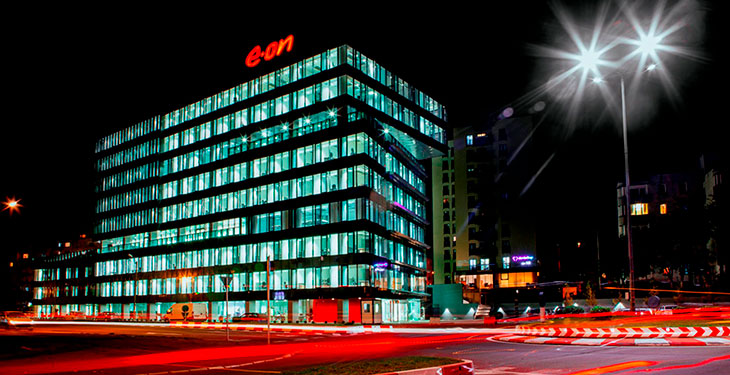 Early July, the European Union unveiled its hydrogen strategy. Its aim is to achieve climate targets by expanding its use as an energy source and promoting the development of an entire European hydrogen-based economy. At the same time, the “European Alliance for Clean Hydrogen” was born, which was joined by E.ON.

The alliance, which currently includes around 200 companies and organizations, aims to expand and implement hydrogen-based technologies by 2030. Among the alliance’s goals is to promote the demand for hydrogen, a CO2 low-emission resource, from some industrial and transport sectors, as well as bringing hydrogen transmission and distribution under the same umbrella. In order to achieve these goals, the Alliance is a meeting point for politics, industry and society, thus making its expertise available to the European Commission to advise it on the implementation of its hydrogen strategy.

E.ON has pilot projects in exploring the potential uses of hydrogen and, as such, can make a valuable contribution to the European Clean Hydrogen Alliance. For example, the “Non-polluting gas, from non-polluting energy” initiative, which E.ON launched last year, already includes numerous hydrogen-wide projects across the group, with varied objectives and at different stages of development. An example of this is the “Smart Quart” project, in which E.ON is building a hydrogen network in the Rhineland-Palatinate community, Germany. Initially, green electricity will be converted to hydrogen, using “electricity-gas” technology. It is then distributed in a microgrid and can later be used to power buses or to generate heat.

E.ON aims to ensure the rapid development of a hydrogen-based economy. This can be done through the establishment of a clean gas quota or a similar mechanism to make investments possible. For example, E.ON is in the process of making gas distribution networks compatible for hydrogen distribution by 2030.

Johannes Teyssen, CEO of E.ON, will represent the Group in the European Alliance. “The widespread use of hydrogen as the energy source of the future offers an important opportunity and can play a decisive role in the complete decarbonisation of the industrial, transport or residential sectors. I am delighted that we can offer our expertise not only to the Hydrogen Council of the German government, which is chaired by the E.ON Group, but also at European level, within the newly formed alliance,” said Teyssen.

The Hydrogen Council has been chaired by Katherina Reiche, head of the E.ON Innogy Westenergie subsidiary, since early June this year. The Council is made up of 25 senior experts from industry, science and civil society. Their goal is to contribute to the implementation and development of the German government’s hydrogen strategy.

previousCalik Enerji of Turkey, general contractor for the construction of the Petromidia new cogeneration plant
nextRomania, among the EU countries with the highest annual inflation rate in July