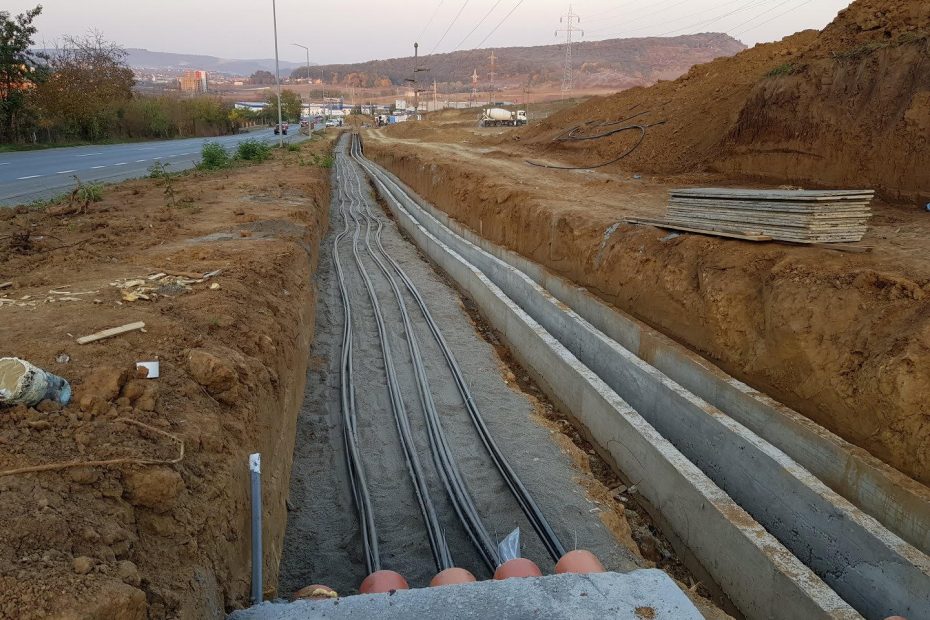 E-Distribuţie Dobrogea, the electricity distribution operator part of the Enel Group, has invested 1.7 million lei in the modernization of a medium voltage power line that supplies both domestic consumers and businesses in Agighiol, Colina, Iazurile and Valea Nucarilor from Tulcea county.

The modernization work involved the installation of an underground power line of 20 kV with a length of 4.2 km, line loops, new poles and remote controlled separators. This reduces the number and duration of power outages in the area, creates the possibility of taking over customers from the mentioned settlements and increases operational safety as well as the capacity to connect new consumers.

On the proposed route for the line loop, as part of the works, the distribution company, with the support of local authorities in Valea Nucarilor, facilitated the research of an archaeological site, known by locals as “Movila Tăiata”. Several tombs have been discovered in this tumulus-type funerary structure that can date back to several stages of the Bronze Age. E-Distribuție provided the archaeologists with equipment and qualified personnel to assist them in researching the site, while respecting work-related rules in such protected areas.

The archaeological research covered an area of about 2,000 square meters, and the remains were deposited at the History and Archeology Museum of Tulcea. The bones will be analyzed at the “Francisc I. Rainer” Anthropological Research Center in Bucharest, and this information, together with field documentation, will provide important data on the Bronze Age populations of the Lower Danube.

“In addition to a public service, the electricity distribution activity is an engine for the development of the communities in which we operate. Over time, we have supported various social and environmental actions, and this time we are glad that we have been able to contribute to the cultural and historical life of the region, together with the improvement of our services”, said the Head of Dobrogea region at E-Distibuție, Mihai Știrbulescu.

“In the researched perimeter there were documented eight burial sites that can date back to the early and middle period of the Bronze Age. The use of ocher and textile materials in the funeral ritual could also be observed. The custom of tumulus-type burials with ocher seems to have originated in the Eneolithic period, being adopted by people on huge areas, from the Urals to the Middle Danube. This funeral standard is known especially as «Jamnaja» funerals”, explained Sorin Ailincăi, manager at the ”Gavrilă Simion” Eco-Museum Research Institute, Tulcea.

previousDEER introduces self-reading and online transmission of network metering data
nextPremier Energy: We want to have green capacities of 200 MW in 2022-2023