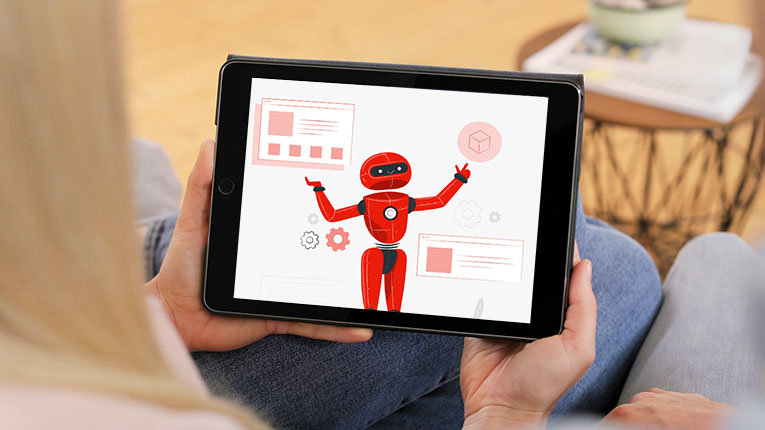 Through Imobot, the first software robot developed for Delgaz Grid, the company takes an important step in optimizing the process of access to the electricity network, more precisely for the requests coming from business customers, respectively the developers of residential complexes.

Thus, after the customer submits the power supply request on the acces.delgaz.ro platform, and the Delgaz Grid staff verifies the documents necessary for this process, the Imobot software application takes control of the internal flow of operations and automatically issues the technical connection approval. After the customer requests the conclusion of the connection contract and pays the amounts provided in the notice, the application develops and personalizes the contract and issues the connection certificate.

“Automating the process through Imobot reduces the connection time for this category of customers by about 30 days and, at the same time, saves about 7,500 hours of work per year. But what does 7,500 hours mean? It means the work of 10 colleagues, 8 hours a day, for 100 days. Thus, important resources are relieved and directed to reduce the connection time and for the other categories of customers,” says Mihaela Cazacu, Deputy General Manager of Delgaz Grid.

Imobot is based on a Robotics Process Automation (RPA) solution and was developed by an in-house team of engineers and IT specialists, going through all the phases, from process analysis, establishing performance indicators, risk assessment, creating algorithms for automation, testing and demonstration sessions, until production launch.

In addition to Imobot, an application that contributes to streamlining internal processes, a number of digital solutions for customers are already working on the delgaz.ro platform: online programming for reading or replacing electricity/gas meters, the platform dedicated to changing the electricity/natural gas supplier, the Delgaz Access platform for connecting new consumers to the distribution system.

Currently, the company has an ongoing project aimed at optimizing access to the natural gas network, and further analyzes and digitalization/automation of other processes to increase the quality of services provided to users of the distribution system.