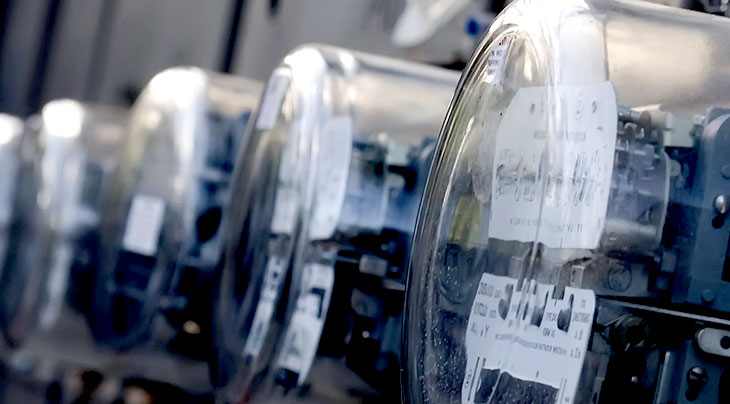 Irrigations, switching from gas to electricity for cooking, and exports seem to be the most plausible candidates for a large scale solution to the decline Romania records in electricity consumption. Whatever academic considerations on the linkage between economic growth and energy consumption, the companies in the energy sector prepare for this trend to continue. All estimates converge to the conclusion that Romania will have to face massive excess in production in the next decades. Be it more capacities would be built, the national energetic system would be pushed into an even more severe redesign.

The Diplomat – Bucharest organized on September 30 a top level conference under the title “Energy consumption decline – threat or opportunity?”. Reputed specialists and decision makers from large companies debated and came with various approaches, based on their organization’s specific capabilities. Carmen Neagu, President of the Supervisory Board of Transelectrica, highlighted that most recent numbers indicate the fact that volumes of energy transported increased by more than 1% during the last months. However, a possible solution for the energy producers in the near future might be represented by exports. “We have to change our mindset and see Romania as part of the European market”, Carmen Neagu said, with reference to the 4M Coupling on the day ahead market, which will make it more easier – from November this year – for the local producers to access these four neighboring markets.

Martin Zmelik, CEO CEZ Group in Romania, mentioned that most of the over 25% decline in consumption the company recorded during the last 7 years came from the big industrial clients. For CEZ, agriculture might be the sector with rising demand in the future. For the moment, only a small part of the electricity supplied by the company in Oltenia is used in agriculture – 50 MW out of a total capacity 815 MW. In addition, CEZ counts on diversifying its activities in the energy efficiency range: additional services, better management of consumption, loss reduction.

We have to change our mindset and see Romania as part of the European market.

Valeriu Binig, partner Ernst & Young Romania, noted that Romania’s energy industry is headed into a new transition period. “There are now many consumers with connection capacity bigger than what they are actually using” and the costs of not using these capacities are socialized to all the consumers. On the other hand, in order to increase energy use in agriculture, Romania needs an economic growth driven by agriculture.

With a similar perspective, Corneliu Bodea, President Romanian Energy Center and Vice-President Adrem Invest, insisted on the fact that Romania needs to redesign and rebuild its industrial development and, for this end, the role of the state becomes more important, while the implementation is rather difficult. “I do not find any opportunities in this energy consumption decline. As a supplier, when we go to industrial consumers, we find that they are not interested in investing in energy efficiency because of the tight budgets they have”, Corneliu Bodea also said.

Marian Cernat, director in ANRE (The National Authority for the Regulation in the Energy Sector), identified some actions that might stimulate electricity consumption.

However, the most powerful impact is still related to the general economic growth, Marian Cernat said. In his opinion, electricity export can not be an essential element since most of the current capacities are already used. “We have no problem with interconnections, but there are congestions inside the neighboring countries’ systems”, Marian Cernat concluded.

Lucian Palade, Electrical Energy Market Consultant, provided the audience with a comprehensive analysis of the strengths and weaknesses of the electricity market. Lucian Palade noted that the latest data on energy consumption seems to confirm Romania is advancing on the Minimum Scenario considered by Transelectrica, in regard with the electricity net consumption evolution until 2030.

He also warned about the manner in which the new big projects – ie new nuclear reactors, Hidrotarnița – will be integrated in the national electricity system. At his turn, Ion Lungu, President AFEER, expressed his disbelief on the realization of these projects as they are not self sustainable in the current situation. Ion Lungu also insisted on what he labeled “the decoupling” between the wholesale and en detail electricity market, at the regulatory level. More precisely, the rules imposed to the wholesale players for a transparent and non-discriminatory climate led to even less flexibility and eventually to higher prices for the consumers.

Many of the speakers noted that while the production costs for electricity decline, the burden on the consumers is on the rise. This is an European trend, they agreed, due to the fact that almost half of the electricity bill is based on taxes (“because the energy companies pay their obligations on time”!). In Romania, the final cost of electricity is formed by production – 30%, transport and distribution – 30%, taxes – 40%.

previousRomania’s energy consumption will increase by 40% in the decade 2010-2020
nextNicolescu’s message for renewables: Take a break