D. Chisăliţă: Gas prices will fall, but not for end-customers (energynomics.ro Magazine) 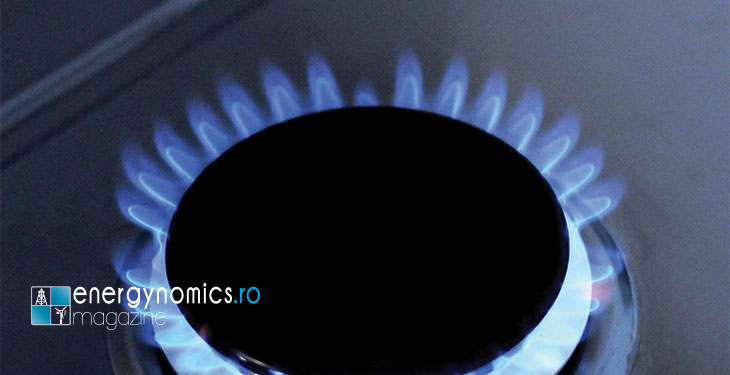 Russian group Gazprom has drafted its budget for 2016 based on estimate for gas prices in Europe – its main export market – at USD 200 per thousand cubic meters”, Bloomberg announced, quoting two sources within the company. The price invoked would be much lower than the average price of USD 238 estimated for this year and compared to the price of USD 349 from 2014. We discussed with Dumitru Chisăliţă, independent expert in the gas market, about the implications of such a decision for the regional gas market and about opportunities that could occur on the Romanian market.

Dear Mr. Dumitru Chisăliţă, we are still in the area of speculations, based on unconfirmed information. How plausible is Russia’s move, to reduce the price of gas exported to Europe? What would be the arguments why Kremlin leaders would make such a decision?

In my opinion, it’s not a decision with a decisive extra-commercial argument. In my opinion, the trend of gas prices, corroborated with the price of petroleum products, which are linked by formulas existing in gas sale-purchase contracts, show a reduction in gas prices, which could reach in 2016 values of USD 200 / 1,000 cubic meters In fact, since the beginning of 2015, in my book, “The gas market”, I evoked the possibility that in 2016 gas prices could reach USD 200 / 1,000 cubic meters. 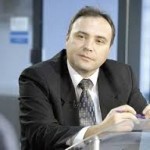 Gazprom’s exports to Europe cover approximately 40% of the company’s annual revenues, which amount to over USD 100bn. Is such a decision sustainable? How long could Gazprom survive the strong decline in revenues?

A selling price for gas of USD 200 / 1,000 cubic meters does not endanger Gazprom. The company will face an important decrease in revenues, but this price level is far from being a survival problem for Gazprom. At the same time, the decrease in the price of imported gas at this level comes with many important lessons that countries such as Romania must learn.

First of all, the free market is an extremely volatile market, in which the price of imported gas fell to one third in 3 years. Market participants must be able to manage such changes.

Then, we need to admit the danger represented by the concept of energy independence, which can determine situations in which the cost of energy produced in Romania is higher than the imported one. Thus, security is endangered by the lack of competitiveness of products made in Romania. We should not forget that, in conditions of discovery of new resources in the Black Sea, transport channels (transmission, distribution networks etc.) need important changes and matching investments. Therefore, gas prices to end-consumers may exceed the price of imported gas. Thus, eliminating imports may create energy independence, but not energy security.

Finally, in conditions of lower gas demand, companies of Gazprom size have all the interest to keep their market shares and impose new directions. The current energy games will have effect in the next 5-10 years and will be decisive for the next 20-30 years as access to sources, access to transmission routes and positioning in the energy markets.

Romania has become since 2015 independent to Russian gas imports. However, imported gas would become interesting again if they would come at a lower price than the domestic one. What would be the impact of reducing prices by Gazprom on gas producers in Romania?

The so-called energy independence of Romania is a conjectural phenomenon, unsustainable in the long run, determined by reduced consumption, not by energy strategies and policies. In fact, the rules of the free market will always determine the choice of the gas source with the lowest price, regardless of its origin.

Romania has an import capacity which can cover entirely the current gas consumption. An evolution in prices for imported gas to the level of USD 200 / 1,000 cubic meters will increase competition in terms of sources, with the possibility to set the final price on the Romanian market around this value or maybe even lower. The wholesale market, in terms of sources, will face a strong competitive phenomenon, which will also bring lower prices for gas purchases.

As a result, the revenues of producing companies will fall, with two immediate main consequences: cutting investments and reducing incomes from taxes, royalties, dividends, corporate taxes etc. to the state budget. In this context, plans on new taxes applied to the gas sector come late and entirely inconsistent with market realities. In the past 5 years, when margins in this sector were important, there was no important change in these taxes, and now a document is proposed and is not adapted to realities. Once again, we make policies for the past and not for the future.

Changing gas prices in a market has impact on all present and future projects. In an article published in 2013 we invoked the need to redesign the transmission system, so that gas transit from West to East and from South to North and vice versa could ensure the necessary energy as support for transmission and balancing between various areas, in conjunction with the development of local systems, allowing the takeover of gas from local fields and its transmission on relatively small distances. This approach must be possible from a technical point of view and attractive in terms of tariffs charged. Redesigning the transmission system from several points of view: – legally (separate rules for each system category), – technically (technological regimes, investment, operational and maintainability approaches different on system categories), – economically (tariff methodologies, royalties, taxes, separate tariffs for system categories) would allow taking over gas from local fields and transporting it depending on pressures available, but also bidirectional transit through a national system compatible with the transmission systems of neighboring states, taking over gas discovered in new conventional and unconventional gas fields, interconnection with the current and future gas transmission systems, it would ensure the functioning of the gas sector in line with the business principles promoted by the European Directives and Regulations, the economic development of Romania and its energy security, including by reducing energy dependence.

This is the approach that can shelter us from multiple repositioning that will permanently appear in the future gas market, determined by price volatility and by the volatility of supply and demand.

Will cheaper imported gas translate into a reduction in prices in Romania? Who would win and who would lose? Why?

Cheaper imported gas will determine a competition of gas sources and an alignment of gas prices to the lowest level. I believe that a decrease in the price of imported gas to a level of USD 200 / 1,000 cubic meters will lead to a decrease in prices on the wholesale market, the supply market of suppliers, traders and large consumers.

In turn, it is my opinion that there will not be a significant influence on gas prices to end-consumers. The lack of competition in the retail market will prevent the apparition of lower prices at the level of end-consumers.

This situation will favor gas suppliers, which will increase their profits. Losers of this scenario will be the consumers, the state budget and the producers.

In what way could end-consumers in Romania benefit from a reduction in gas prices?

Insulating the gas market in Romania, decreasing gas demand, oversupply of gas, competition on the wholesale market and other factors were reflected in the decrease of the purchase price for suppliers and traders. In the first nine months of 2015, the gas acquisition price fell around 10%. The decrease was not reflected in gas prices to end-consumers, where I estimate that in the same period the price increased on average by around 0.5%.

In an article from 2013 I noticed that gas market liberalization involves the elimination of the monopolistic position of companies acting in this field, eliminating the possibility to influence the gas price in the market, directly or indirectly, but first requires consumer information.

As long as consumers fail to gain minimum specific knowledge allowing a proper evaluation of gas purchased, they will remain “captive” even in the liberalized market. In fact, there is a great risk for the liberalized market to turn into a market of smart suppliers, which would benefit indirectly from liberalization, i.e. taking advantage of the lack of information at consumer level, fully benefiting from the financial effects that such a market would produce.

The liberalized gas market without informed consumers, encouraged to intervene, supported to negotiate, able to analyze various offers, determined to act responsibly, cautiously and without allowing constraints, will only be another disappointment for the Romanian people.

We already see the signs of such a situation now. The shortsightedness of state institutions responsible for the obvious realities in the gas market is dangerous.

The full version of this article can be read in printed edition of energynomics.ro Magazine, issued on December 2015.

previousALD Automotive has a 17% market share after 10 years of activity in Romania
nextElectricity consumption increased by 6.2% in 10 months