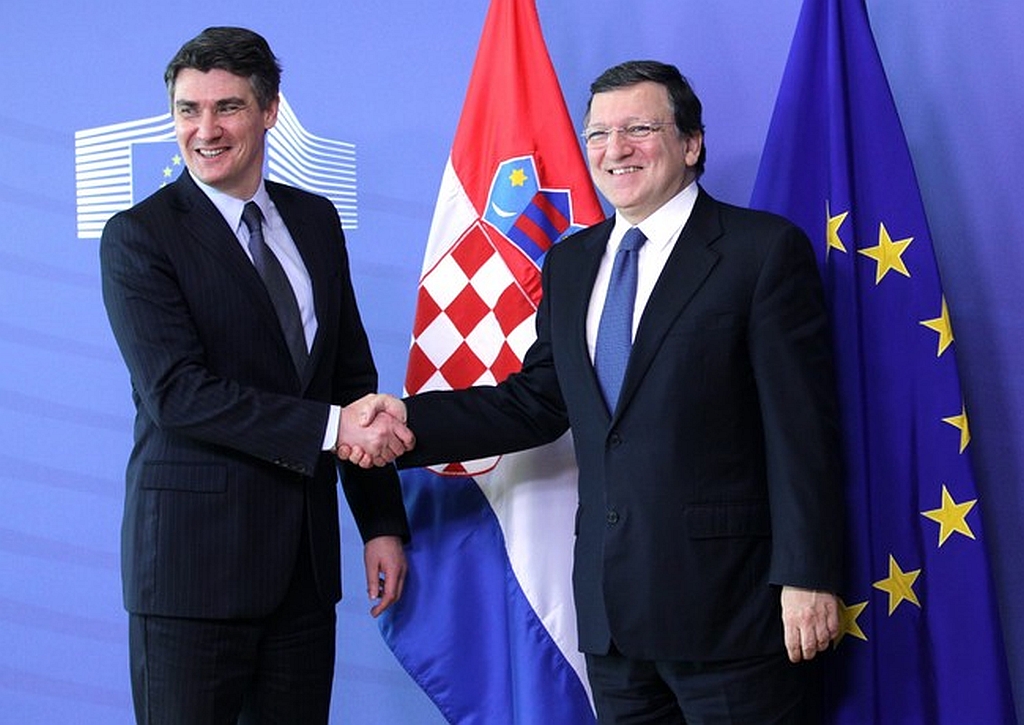 Croatia’a treaty for accession to the EU entered into force in July 1st 2013, after the document in question was ratified by all the member states. Croatia started the accession negotiations in 2005, and the country, after it gained its status as member state, will have 12 Members in European Parliament and 7 votes in EU Council. Croatia is the first country that is accepted in the EU after the debut of 2008 financial crisis, and during harsh debates about how should the EU move forward. But the accession of Croatia tells us something about the future of trans-border energy projects in this part of Europe as well.

Confronted with a series of social and economic risks, some member states manifested their reluctance to accept as one of their peers a state that fights with a chronically unemployment of nearly 20%, and that just recently managed to acquire a fragile balance regarding rule of law and legislative predictability. All these concerns where bypassed by the Commission because of what it perceived as being strategic imperative, more urgent to execute and with a larger time-frame regarding its impact than the mundane preoccupations.

In the years that will come, the United Europe will find itself in the need to construct and synchronize with all of its members a unique and real European energy policy. In this sense, there are a few big energy projects, with strategic value for the EU. One of those projects is about the recent decision of Shah Deniz consortium that chose the Trans-Adriatic Pipeline (TAP), to bring its extracted gas on the European market. This decision will make possible an entire Southern Corridor, followed by a North-South Corridor interconnection that will connect the energy sectors of the Baltic Sea with those of the Central and Eastern Europe and Western Balkans, and the interconnections of gas and electricity transport infrastructures.

The projects listed above make the future of EU energy security to depend increasingly more on the economic and political stability of Western Balkans and South-East Europe. This was one of the reasons why, on February 10th 2010, the European Parliament adopted three resolutions regarding the progress made by Croatia, Macedonia and Turkey in their talks and negotiations for EU accession. Initially, it was considered that 2010 will be the final year for the Croatian end of negotiations, but those were finalized in June 2011. The increased interest shown by the EU for the states positioned geographically in the Western Balkans indicates that EU thinks this region to be important for her both under the economic security and geostrategic dimensions, but also regarding the continuing of the integration process that made it the most important unification and political project ever attempted.

But the geographic and strategic positioning of the creation territory were not enough. During the last six years EU took the responsibility to never make the same mistake it made during the accession talks with Bulgaria and Romania, when some of the inaccuracies with the European practice, especially with regards to Justice, were overlooked. So, as a consequence, the negotiation process brought upon Croatia was a little bit harsher. For example, the Croatian energy sector, historically state-controlled, is being the subject of a rapid liberalization process, Plus, the regulatory and legislative frameworks are put in place to correspond with the European requests more rapidly than what Romania and Bulgaria did it. This is supposed to lead to lower transportation costs, rapid integration into the unique market, and is expected to bring new investment opportunities in a sector of economy that, not long ago, was banned for western companies.

What changes were made for the Croatian energy sector reform

The opening of negotiation chapter regarding the energy sector took place in 2008. Although a country with consistent internal reserves when we compare them to its needs, big exploration companies prefer to wait for an adequate legislative package. Meanwhile, more than half of the country consumption is secured with imported quantities. The most important document that came out from all those analysis and negotiations is the National Energy Strategy, adopted in 2008 by the Croatian Parliament. In the legislation were put three big objectives to accomplish: security of supply, a competitive energy system, and sustainability. The mentioned objectives have an internal and economic policy logic, and they have to be accomplished with the help of internal and external actions taken by Croatia.

First of all, Croatia shall respect the 20/20/20 Strategy, and will encourage the investments coming from renewable energy companies. Then, it is estimated that the natural gas reserves will soon be exploited, and the new law regarding exploration and exploitation will be one that will have to be market-oriented than state-driven. The systems of production and transmission of electric power will be the subject of structural transformations too; on the one hand, Croatia wishes to attract new investors, and on the other hand, it wishes to move fast with the interconnections with other member states. The energy mix and the increase of energy efficiency are two more turning points for the modernization of Croatia’s energy sector.

To fulfill all this, the Executive wishes to increase the ratio of renewable energy in the national energy mix, and the hydro and thermal power plants need to have proper technologies, newer technologies, so that they could function as clean energy sources. At the same time, in November 2012, the National Parliament approved a new Energy Law, document that will permit to transpose into the internal law EU’s 3rd Energy Package.