Cristian Athanasovici, Kawasaki: Industry needs cogeneration, which NRRP does not cover yet 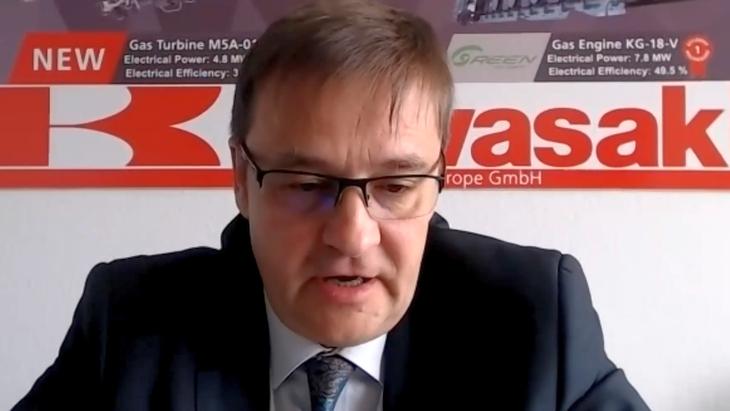 NRRP is specifically aimed at reducing the carbon footprint. “When it comes to reducing the carbon footprint, we think of the three pillars set by the European Union and the European Parliament – Decarbonisation, Decentralization and Digitalization. All the projects that will be financed through these PNRR guides must follow these basic pillars”, said Cristian Athanasovici.

“The three Guides have appeared in public debate, for renewables, hydrogen and cogeneration. Of the three, at the moment, only the one for renewables has opened the call for projects, the other two seem to be on hold. We do not know what happens to the other two – from the information we have received, quite a lot of comments and observations have been made during the public debate. Personally, I have commented on the Cogeneration Guide, which, unfortunately, only addresses a certain sector, namely only the district heating sector, so I can only apply the ATUs responsible for heating the population. Nothing has appeared on NRRP for cogeneration in industry and we are curious how this solution, also recommended by the European Union, will be addressed in the industrial sectors”, said Athanasovici.

“For Kawasaki, which is a supplier of cogeneration equipment, this solution must coexist with renewable energy production solutions. In this cohabitation we all need to know how to size these solutions. We need to see what we do with the energy we need at night. Do we use storage? How much do we invest in storage? What are the costs and how much do we look at a classic fuel, such as natural gas, or, more recently, another fuel, such as hydrogen? In the case of hydrogen, my opinion is that at the moment, in Romania, we are relatively far from being able to think of some viable solutions for hydrogen. Personally, I would leave this hydrogen issue in the hands of chemical platforms that know how to make hydrogen, or already have the hydrogen as a by-product of various technological processes,” he said.

Kawasaki produces gas turbines and internal combustion engines that can be used in many applications and fields. The equipment runs on both natural gas and hydrogen. “Kawasaki has a very ambitious and well-developed program for all that hydrogen means, but we must also consider the possibility of using CO2 from flue gases. I talked to managers of companies in different industrial sectors and I noticed that who are very interested in using the CO2 resulted from burning natural gas. We have applications and we have companies in Romania that can use this CO2”, he added.

previousSebastian Staicu, BCR: We support the investments from NRRP, but we need clarifications
nextElectroservice RB has a scheme for the production of electricity and heat in small units to be financed by NRRP