Acasă » Electricity » Corina Popescu: We need to know what to build on our long-term investment plan

Corina Popescu: We need to know what to build on our long-term investment plan 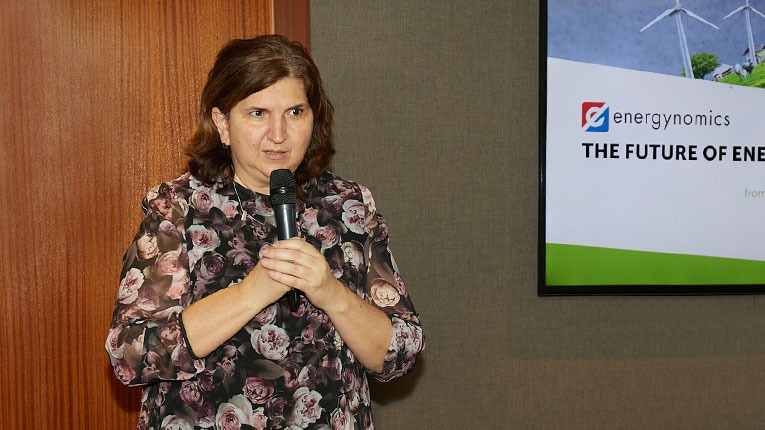 COP26 is about a renewed statement that we are already engaged in this fight for obtaining net zero emissions by 2050, said Corina Popescu, CEO of Electrica SA, during an exclusive high-level conversation organized by Energynomics. “In terms of sustainability, Romania already proved this”, she continued, “as the country reached its target for 2020 in 2015. For the future, and for no repeating the mistakes of the past, we need a more stable legal and regulatory framework”.

In order to reach such ambitious targets we are speaking for the future, the private sector needs a very safe environment for investments, Corina Popescu added. “As a listed company, Electrica needs to know what to build on its long-term investment plan.”

Corina Popescu reminded that, until recently, Electrica was only a power distribution and supply company, even though one of the largest. “Two years ago, we started a big transformation by adding green production in our activity. We acquired a small solar power plant in function and I hope that by the end of this year we will finalize another transaction to increase our production portfolio. We are involved not only in taking over existing generation capacities but we are already involved in three projects for developing new 2.000 MW in wind and solar capacities.”

Corina Popescu also mentioned the need of the security of supply. “Romania needs to keep its production portfolio balanced, which was our big advantage in the past. We succeeded to get over some difficult times in the past and we are a leader in energy security supply for the region.”

“What we need to know after COP26 is what the targets that everybody will follow will be. Also important for reaching such ambitious targets is for the energy sector to have a single voice in order to prepare a plan and then implement it.”

ALSO READ Anna Akhalkatsi (World Bank): COP26 must be about ambition and action

ALSO READ Andrew Noble: Fighting climate change is relevant to each of us

previousThe Republic of Moldova will build the 400 kV Vulcanesti-Chisinau OHL with the Indian KEC International
nextAmCham: Extension of political tensions has unfavorable consequences for the investment climate