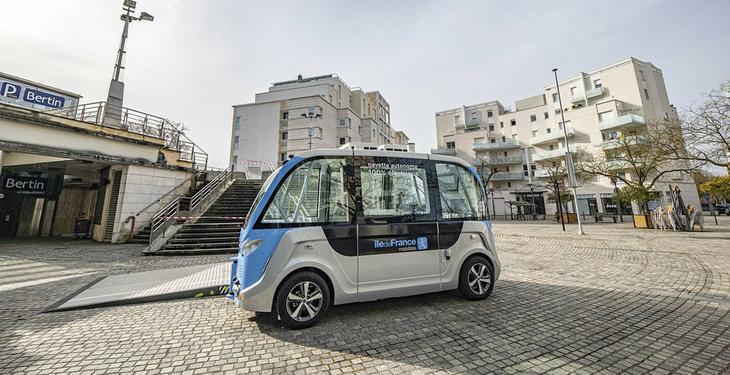 Cluj-Napoca mayor Emil Boc announced the first two autonomous electric buses would be purchased this year. “We can buy 12 autonomous buses, two this year, to highlight the importance of artificial intelligence,” said the mayor for Energynomics at the “Smart cities – efficient buildings, green infrastructure, digitalization”.

Referring to the legal framework for authorizing the use of autonomous vehicles on public roads, Emil Boc reminded that such models were already a reality in cities such as Paris, Lyon or London. “We are talking about models already validated in the European Union with all the guarantees of safety and security that are required by European legislation”, said the mayor.

Cluj-Napoca City Hall launched on April 22 a tender for the acquisition of autonomous vehicles for the public transport of persons. The estimated value of the acquisition is 27,35 million lei, according to the information provided by the Electronic System of public acquisitions (SEAP). The framework agreement put out for tender by the City Hall aims to supply up to 14 self-contained vehicles. A motor vehicle may carry 10 or more persons.

The purchase of these buses will be financed from budget funds – around 5,5 million euro – and the duration of the framework agreement will be 48 months. The offers of the interested firms are expected by 24 May 2021.

Local press reported in early 2020 that Cluj-Napoca municipality has signed a contract with the Cluj-Napoca Technical University (UTCN) for consulting services. The total value of the contract was 135.000 lei, and UTCN was to provide consultancy for the purchase of autonomous electric buses.

The representatives of the City Hall then announced that driverless buses would be on the streets of Cluj in two years at the latest. Buses have a relatively small capacity of about 12 seats, and they will travel in central areas where no other means of transport are available. According to the municipality, the large number of sensors in this car and their complexity guarantee traffic safety.

Buses would be tested for a year and then the project could be extended with European funds. The cost of a bus of this kind is about 350.000 euros. If this project is implemented, Cluj-Napoca will be the first city in Romania to have such buses, which are already in place in Paris, Lyon or Vienna.