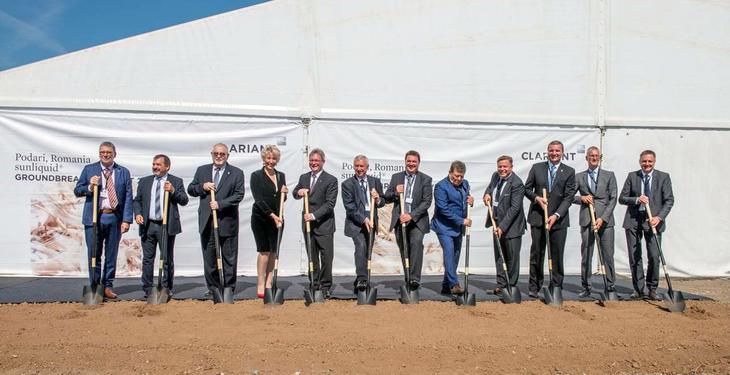 The Swiss Clariant group has begun building a bioethanol in Podari, Dolj County, according to a press release posted on its website. More than 100 million euros worth, the investment is one of the largest in Southwest Romania. By 2020, the plant will produce 50,000 tons of bioethanol annually, with more than 100 own employees and about 300 permanent jobs in the units serving the plant, in the transport and storage of biomass.

This will be the first Clariant’s factory to use proprietary technology „sunliquid”, resulted after more than a decade of research and development. “This technology is a premiere, not only in Europe, but also globally,” said Christian Kohlpaintner, member of Clariant’s Executive Committee.

Clariant decided to build the plant 10 kilometers near Craiova in order to benefit from the proximity of biomass, logistics and industrial infrastructure of the region. Farmers in the area will have the opportunity to sell straw and other unused agricultural scraps; the factory will process about 250,000 tons annually.

The project is funded by the European Union, as cellulosic ethanol is an advanced and sustainable biofuel, almost neutral from the standpoint of carbon emissions. Agricultural scraps (wheat straw and corn residues provided by farmers) are transformed into cellulosic sugars, then in cellulose ethanol by fermenting sugars.