Challenges in the energy market are opportunities for investors (Tradeville) 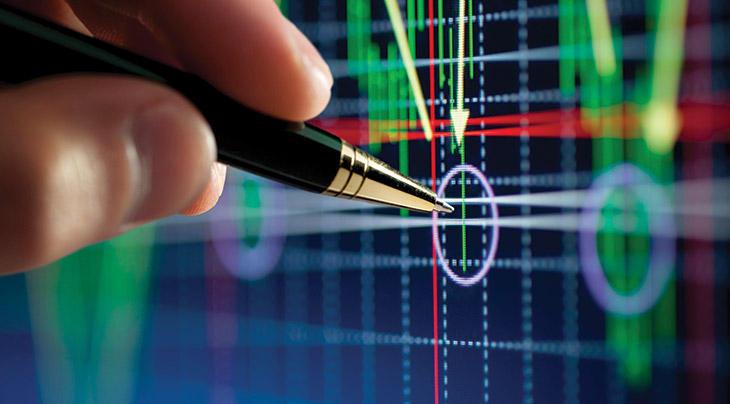 At global level, the energy sector is under pressure: the discovery and exploitation of shale gas, schemes to encourage the development of renewable energy and, recently, the decline in oil prices have put pressure on both producers and service companies in the energy sector. The only ones that haven’t been affected were the companies with activity mainly in the area of public utilities: energy and gas transmission and distribution. The situation remains not too favorable for producers and their service suppliers, but for a long-term investor (several years), special occasions start to appear. 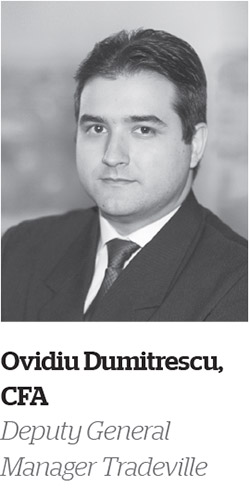 At European level, the electricity market has become strongly distorted in the recent years. On the one hand, due to recessions following the financial crisis, consumption has fallen significantly, particularly in the industrial sector; on the other hand, objectives undertaken by the European states to reduce carbon dioxide emissions have led to a spectacular growth in investments in renewable energy, most of them subsidized, which generated a surplus of energy in the system. Between a lower demand and oversupply, wholesale energy prices (for producers) have collapsed, losing over 85% between the maximum in May 2011 and the minimum in May 2013. Occasionally, the energy surplus was so great, that prices for the day-ahead became negative: in other words, producers paid distributors to take over energy; such abnormalities were visible in Germany’s market early last year.

While green energy producers, from wind or solar sources, for example, were compensated through generous subsidies and benefited from priority in taking over energy into the system, conventional producers, which owned thermal or nuclear power plants, were strongly affected. The extreme decline in prices reduced their turnover and made some production units of latest generation become unprofitable. However, because renewable energy is essentially unstable, depending on the weather, the authorities have forced conventional producers to continue to operate in loss, to make sure that customer needs are covered. In Germany’s market, in particular, the situation was even further complicated by the government decision to fully quit nuclear energy, which has caused an additional shock for utilities such as E.ON and RWE. At the other end of the value chain, consumers forced to incur the cost of subsidies for green energy came to pay some of the highest bills in Europe.

Overall, the energy market picture in Romania is the same. In most of 2014, prices on OPCOM market struggled in the area of minimum prices post-2011, which was very well highlighted by the quotation of Nuclearelectrica shares (SNN), the only energy producer listed on the Bucharest Stock Exchange. The company lost over one third of the value recorded at its listing, and in the second quarter reported net losses, then failing to place its base load energy in auctions for the next year. In fact, the only companies with connections in the energy market that have been spared of this decay were not-integrated utilities, such transmission operators Transelectrica (TEL) and Transgaz (TGN). Their activity and tariffs they charge are regulated by the National Energy Regulatory Authority (ANRE), which ensures predictability and a greater stability of revenues and net profits.

Patience and advice of a competent broker are the only elements that are needed by investors, besides the capital invested.

Prospects for the future are for a modest recovery, in the context in which economic revival is still shy and cannot boost consumption. At European level, the authorities became aware of imbalances of the recent years and there are negotiations in order to increase the value of green certificates, which should translate in higher electricity prices – but they do not provide a radical solution, are laborious and long-lasting, so for now prices have stabilized at rather low levels, in a historical plan. Nationwide, there are talks to create balancing markets, which would compensate traditional producers to keep their production capacities open and to stabilize the systems. Also, the very generous subsidies of the recent years were, punctually, diluted – a direction visible including in Romania -, so the renewable boom is close to an end, tempering the pace of entry of new energy capacities in the market. However, with the currently observable data, it is more likely to have a stabilization of markets at low levels, rather than a period of impulsive increases.

Until several months ago, oil producers and service companies in the oil industry seemed safe from problems affecting electricity producers. Companies such as Exxon Mobil (XOM) were still “in the books” for the title of the most valuable company in the world, fighting on equal footing with IT giants such as Apple (AAPL), Google (GOOGL) and Microsoft (MSFT). However, from June 2014, the oil price plunged by about 30%, pulling down the market capitalizations of oil producers (such as Exxon, Chevron, Shell, Total, but also of the largest company in Romania – OMV Petrom) and of certain companies providing services or producing equipment for the oil or energy industries. Outside the country, companies such as Halliburton (HAL) or Schlumberger (SLB), and in our country Dafora (DAFR) or Prospecţiuni Bucharest (PRSN) feel the full collapse of oil prices.

The situation is, in a euphemistic formulation, unpleasant and there are no signs that it might significantly improve anytime soon. China’s economy, for example, is in a slow process of slowdown and, as such, it puts pressure on demand coming from one of the largest global consumers. Europe, another large consumer, tries not to fall back into recession, which is why from this side there aren’t encouraging signs either. Moreover, pressure regarding the reduction of greenhouse gas emissions to counteract the global heating process is an element that will persist and, probably, will continue to grow in intensity as extreme weather conditions become more visible and frequent.

In such a situation, we may wonder what’s the point in investing in the energy sector, especially in oil producers. The answer is that the recent wave of negative events cannot maintain for a long period of time. In order to change the energy structure of the planet, we will need at least several decades, and the main culprit for the amount of carbon dioxide in the atmosphere is coal, not oil. Wind and solar energy, regardless how “clean”, does not have the capacity to fill the gap left by oil or to provide the stability necessary for the contemporary social and economic activity. As such, current excess will correct and those companies with a competent management and internal capacity to adapt to new challenges will survive and even thrive. This is a leitmotiv of capitalism and the reason why, most likely, inconvenience that affected this area offers smart investors a good opportunity to get excellent returns for their long-term savings. Patience and advice of a competent broker are the only elements that are needed by investors, besides the capital invested. Capitalism is a rough system, which makes the necessary adjustments “alive”, but with a minimum of resources used correctly, it can be beneficial to investors, who can enjoy the profits.