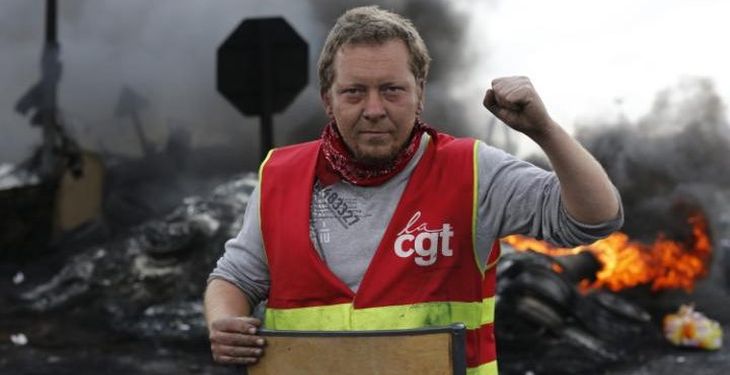 Proposals to amend the Labour Code in France were faced by employees in strategic sectors with protests held over several days and sometimes violent. The local energy sector is passing through a true test of strength and flexibility these days, the protest movements initiated by the representative unions are hindering the smooth functioning of the sector, with fluctuations in both electricity and fuel supply.

5 GW removed from the electricity generation

The electricity production decreased by at least 5 GW Thursday, with an equivalent level to half of the daily output of Romania, announced the network operator RTE. Thus, France’s power production decreased by 6% after a union from the state energy firm EDF has joined the national movement of protest against government plans to reform the labor law, writes Reuters.

The CGT union is currently present in 19 nuclear plants in France and, after joining the strike, the nuclear reactors have reduced production. Nine of them have almost stopped. The nuclear units achieve three quarters of the French electricity production. For the compensation of the lack of power from the system, EDF decided to put start some gas and coal plants, and resorted to electricity imports.

Thousands of gas stations ran out of fuel, eight refineries have stopped working

The French Minister of Transport said the government of which he takes part of, has used for the first time in six years the strategic reserves of fuel to supply the gas stations in the country which ran out of fuel after the begining of the strikes at the refineries. For more than three days, thousands of gas stations operated only with fuels made available by the state.

The French company Total says that of the 2,200 stations that it owns almost 200 are completely closed and over 510 encounter severe problems in renewing stocks. France has more than 10,000 gas stations, and 20% of them have no fuel. Total holds five of the eight refineries in France. According to the Ministry of Interior, France has enough fuel reserves to supply gas stations for nearly 120 days. For over a week, the eight active refineries in France have stopped production.

What has displeased the unionists

The French government publicly presented, almost two months ago, a draft amendment to the labor law that troubled all the country’s major unions. The main change concerns the renunciation of the standard working week of 35 hours and use this figure as an average. The companies can negotiate with employees and unions a new work program which would not exceed 46 hours per week.

The new law gives more freedom to companies to cut wages when necessary, layoffs can be made easier (the government hopes that companies will hire more if it facilitates restructuring) and the maternity vacation and family events (such as marriage) can be negotiated by the companies with the employees.

previousWithout a waste management plan, Romania risks being called to EU Court of Justice
nextNuclear units 3 and 4 depend on the involvement of the Romanian state